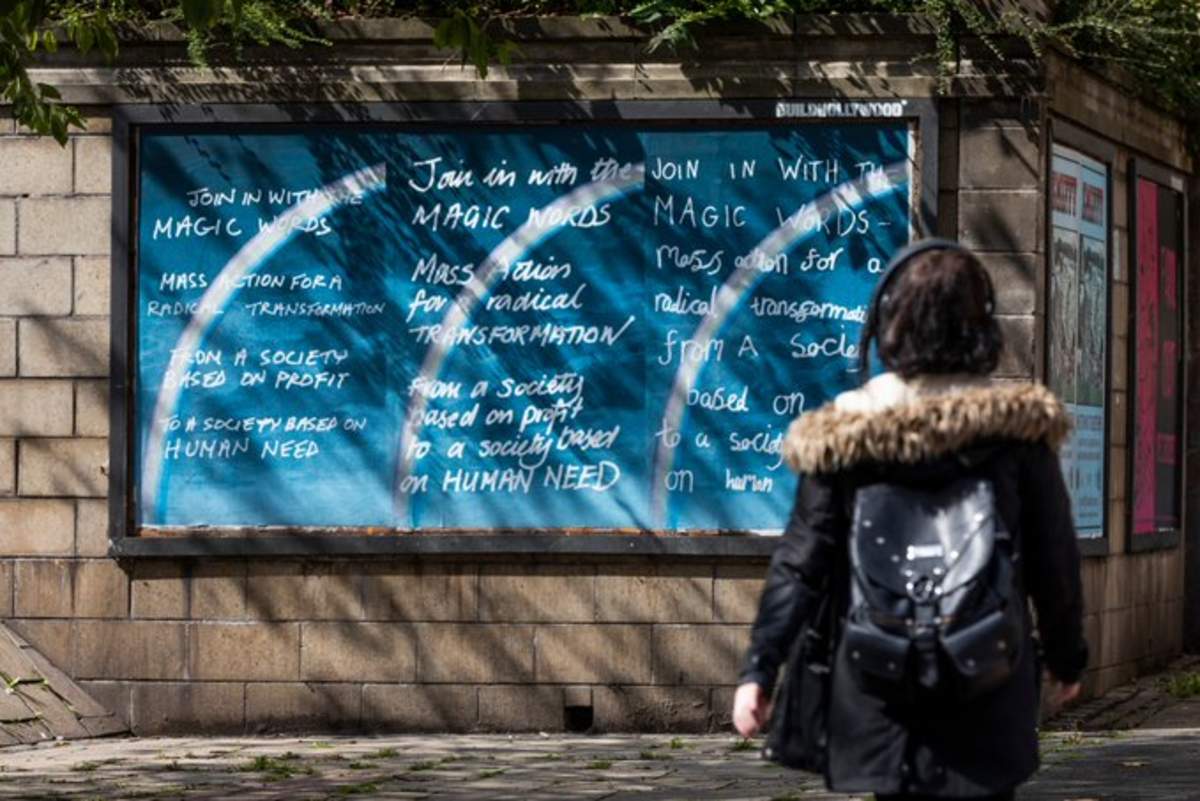 On poster sites dotted around Edinburgh you’ll come across Ruth Ewan's 'Magic Words)', devised with magician Ian Saville for Edinburgh Art Festival’s commissions programme, and complemented online by her film Worker’s Song Storydeck (devised with magician Billy Reid). The background image of these posters show a detail of a toy diorama made by JC Clark around 1825 from the collection of Edinburgh’s Museum of Childhood and the overlaid text is an edited version of magician Ian Saville’s spell as featured in Ruth’s 2018 commission for the festivals - one version is hand written by Ian, one by Ruth’s mother and one by her 7 year old daughter. Commenting on the work, Ruth stated: ‘It is said we are all products of the times we live through. Could these dark days give way to a new transformation of society within our lifetimes?’

Each year, the Edinburgh Festival Chorus brings together singers from across Scotland to perform with some of the world’s greatest orchestras, conductors and soloists. The chorus is at the heart of the International Festival’s vibrant celebration of creative community. Although this year they did not get the opportunity to sing in concerts, the Festival brought them together online for something slightly different.  From their own homes, over 120 chorus members rehearsed and recorded themselves singing two movements of Orff’s thrilling Carmina Burana. The resulting recordings and videos were carefully mixed together by a dedicated sound engineer and film editor to recreate the unmistakable grandeur of ‘O Fortuna’ [see above] and optimistic energy of ‘Ecce Gratum’ in all their richness. 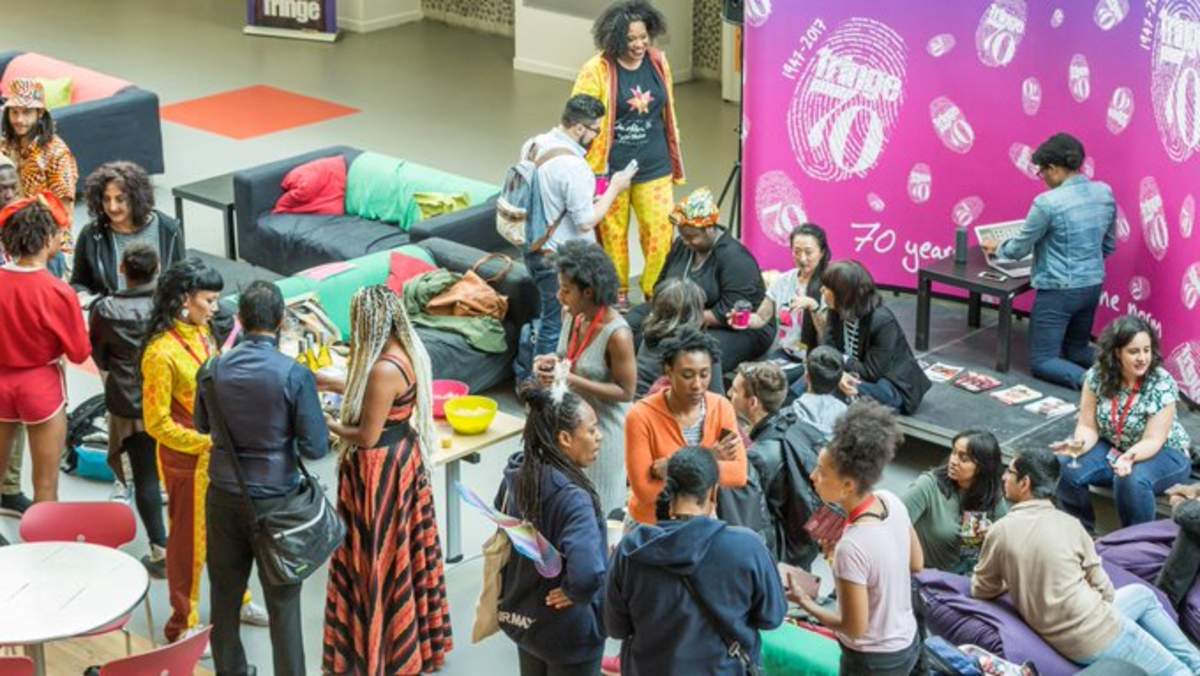 This week saw the 6th annual Artist of Colour Meetup, part of the Fringe Central events programme. Originally started by pursuitofnappiness.org founder Shaina Lynn, who wished to create a greater dialogue around race and art - and to develop a global network of artists that lasted beyond the festival – the event brought together artists and participants of the festival to promote visibility in their practice and engage in the experience of being a person of colour at the Fringe. Creating a safe space for networking, connections and community building, the event hosted short expressions from artists on their current projects, needs and collaboration opportunities, inviting organisations to connect with these artists where their interests align.

Joshua Wong expressed astonishment that he was still at liberty to address Edinburgh's International Book Festival from Hong Kong this week. He noted that he had been tailed by a car with a China-Hong Kong licence plate just two hours prior to the event. "Everyday (while) I sleep, I also need to worry about (whether) the government will come to arrest me immediately, storm into my house, 5am in the morning, just like what was experienced by Jimmy Lai," said Wong. These comments went around the world as the leading Hong Kong pro-democracy activist joined us live from Hong Kong with an urgent call for everyone to defend democracy. His interview was part of the Festival’s Visions of a Better Future theme which also includes Arundhati Roy, Amin Maalouf, Jonathan Sacks, Olivia Laing, Jo Sharp and Val McDermid. 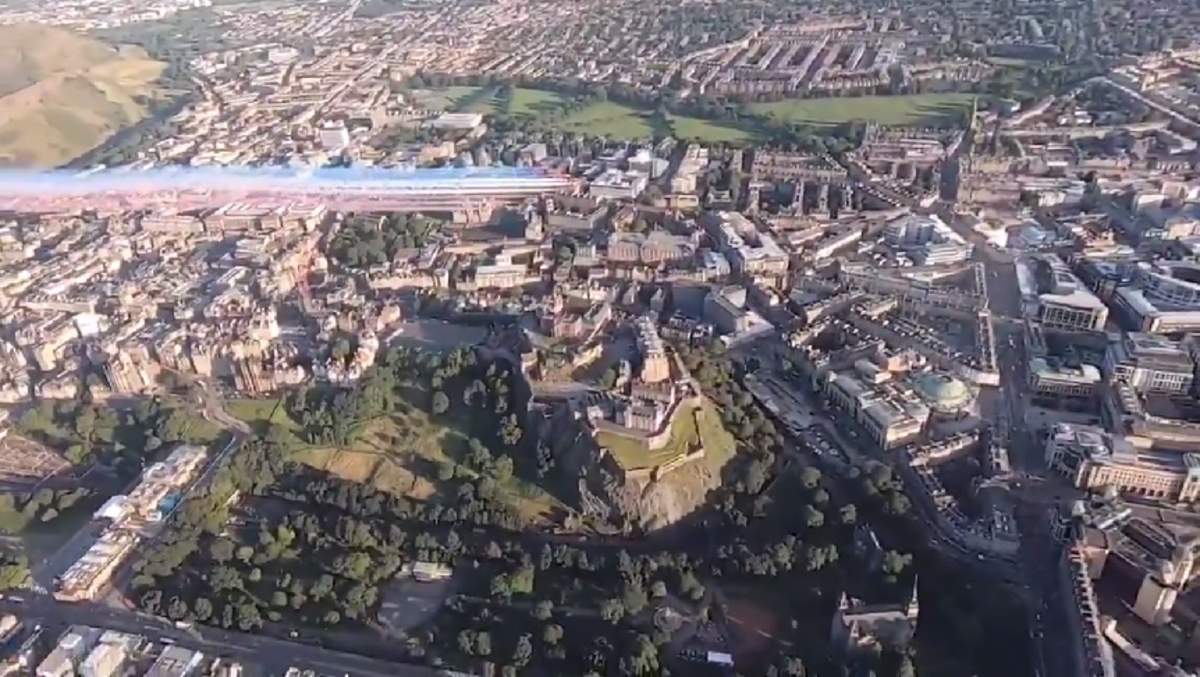 As Scotsman journalist Brian Ferguson said: ‘Who would have bet on the Red Arrows laying on one of the few live shows in Edinburgh this August?’ On Monday 24th August, with very little fanfare – due to the need to avoid crowds gathering in light of current restrictions – the Royal Air Force Aerobatic Team, the Red Arrows, swooped down for a jaw-dropping flypast over Edinburgh to support the Royal Edinburgh Military Tattoo whose 2018 production celebrated 100 years of the RAF. The reaction in the streets and online was amazing with one tweeters saying: ‘You flew over the care home I was working in, brought a tear or two to some of the old guys there!!’ You can find the video of the flypast by Red Arrows photographer Corporal Adam Fletcher HERE. 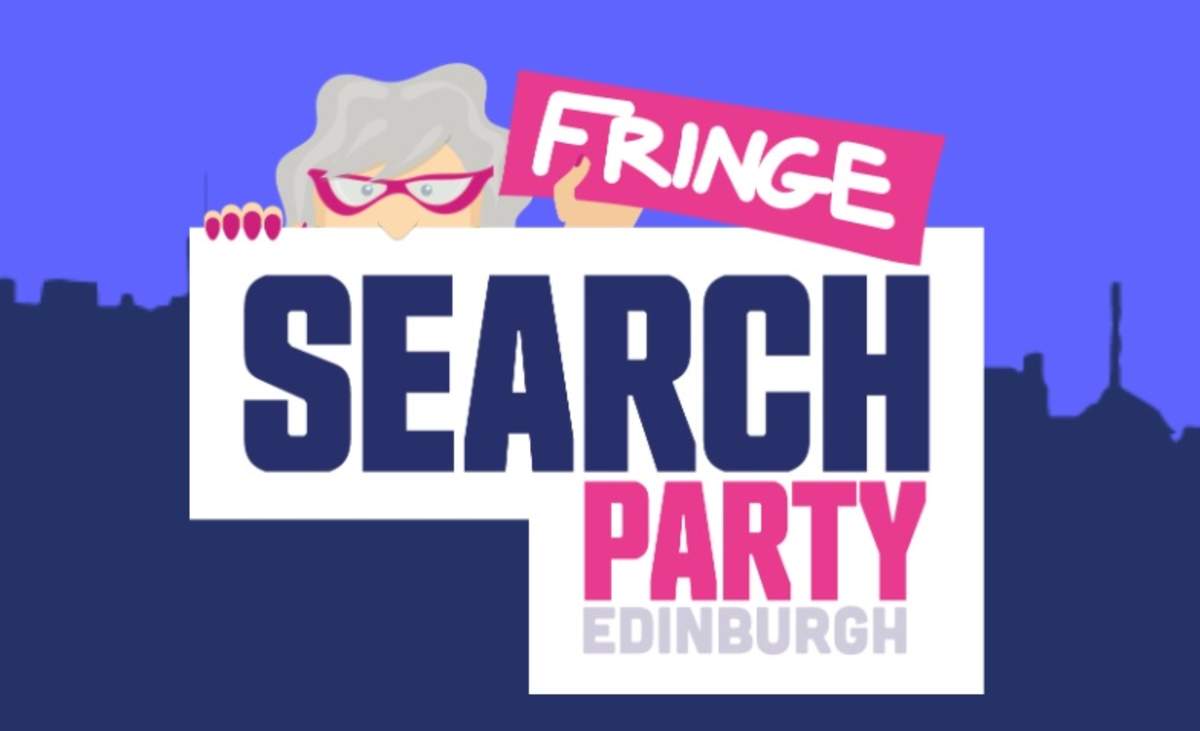 Not everything is online this year and Edinburgh's Gilded Balloon venue has teamed up with Padlox Escape Rooms to offer a socially distanced interactive, web-based treasure hunt. Search Party begins on Bristo Square and takes teams on a mystery tour around the heart of the Old Town in their quest to find the missing Isla Fallot, the “spirit of the Fringe” – with pre-recorded vignettes from Fringe regulars such as Jo Brand and Bill Bailey. The Scotsman was quite taken with the experience, reporting that: ‘the Gilded Balloon has hit upon a novel way of integrating a sense of physical togetherness and participation into one of their events, as well as restoring the city of Edinburgh – muted though it is from the usual hubbub of August – to the centre of proceedings’.

Declan, part of EIF’s online programme, went live this week as a new take on Traverse Theatre’s 2019 hit Mouthpiece about class, culture and appropriation - see trailer above. Through film footage, animation and audio, the audience are placed in the protagonist’s shoes to see his Edinburgh. Rather than theatres, galleries and concert halls, Declan’s days are spent on the outskirts protecting his little sister, avoiding his mum’s boyfriend and making sense of his world through his drawings – until he meets Libby, a playwright who puts his story on stage. An exhilarating film. It moves the spotlight away from those doing the talking, to those being talked about.  As BritishTheatre.com said: 'If you’re becoming weary of watching plays online, get over it and experience one of the Traverse’s best productions of recent years.'

With the US election not far off, the Book Festival was joined this week by Samantha Power, a senior policy advisor to Barack Obama and former US Ambassador to the United Nations. The Pulitzer Prize-winning writer and Professor of Human Rights talked with Allan Little – who she first met when they were both reporters covering the Bosnian war - in the festival’s annual Frederick Hood Memorial Lecture. Roaming through a career committed to resolving international conflict and protecting human dignity, and drawing on her intimate and candid memoir, Education of an Idealist, Power offered an urgent response to the pressing question of our times, ‘

Originally an Art Festival commission shown in a pop-up gallery, Shannon Te Ao’s With the sun aglow, I have my pensive moods, is now recreated online. Like landscape itself, the work springs from complex and multi-layered roots. Viewed now in the immediate experience of coronavirus, the slow crescendo acquires a renewed sense of urgency. Counterposing a dance scene of intense intimacy and colour, with a sequence filmed in black and white of barren open landscapes, it offers a poetic meditation on love, loss and grief. The title of the work quotes from a tribal lament composed by Te Rohu (daughter of Tūwharetoa chief, Mananui Te Heu Heu), after contracting leprosy from a potential suitor and a fatal landslide which destroyed her village.

This week the BBC re-broadcast the Royal Edinburgh Military Tattoo’s 2018 production ‘The Sky’s The Limit’ which celebrated 100 years of the Royal Air Force and Scotland’s Year of Young People with a mix of stunning projections, pyrotechnics and world-class music from the Banda Monumental de Mexico, The Top Secret Drum Corps and the ever popular Massed Pipes and Drums. The Sultan of Oman also sent over thirty horses from the Royal Cavalry of the Sultanate of Oman’s Pipers with an all-female marching band. 2018 was extra special though because pupils from The Edinburgh Girls’ High School in Engcongolweni became the first Malawian performers to join the Tattoo cast, performing alongside pupils from their sister school Erskine Stewart Melville School.