One of the highlights of the Book Festival so far was this encounter between Booker Prize winner Bernardine Evaristo and Scotland’s First Minister Nicola Sturgeon – a politician who has consistently championed the importance of books and reading. Sturgeon, who recently described Evaristo as ‘one of our most compelling contemporary writers,’ took time out from her day job to join us live for what was a very special event which took as its starting point Evaristo’s sophisticated novel that – among other things – illuminates the complex forms discrimination can take. The event was part of the Festival’s Hear Her Roar: Fighting for Feminism theme which also includes Argentinian writer, Gabriela Cabezón Cámara, Nigerian-Finnish writer Minna Salami, Japan’s highly regarded Mieko Kawakami and one of Palestine’s most accomplished writers Susan Abulhawa.

2. Hanging on the Telephone

As part of its plans to bring Scotland’s national companies back in to venues and create work despite the absence of live audiences, EIF has worked with Scottish Opera to film Gian Carlo Menotti’s opera miniature The Telephone or L'Amour à trois. Multi-award-winning soprano Soraya Mafi and celebrated baritone Jonathan McGovern make their Edinburgh International Festival debuts as the hapless couple whose love affair is repeatedly thwarted by a telephone. Pioneering young director Daisy Evans relocates the lovers into today’s Edinburgh, as the story unfolds in and around the King’s Theatre, and becomes a witty commentary on our obsession with our mobile phones. As Scotsman critic Ken Walton commented: ‘it is the absolute jewel of the You Tube musical content within the EIF’s “My Light Shines On” package’. 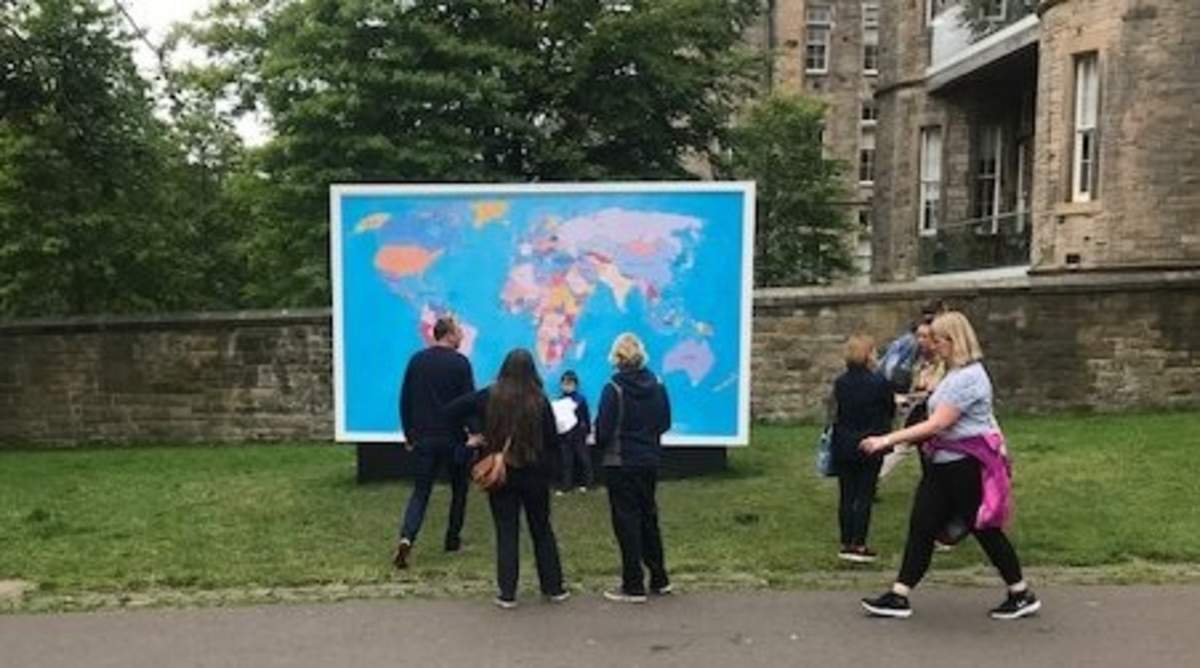 Known for his witty and politically incisive paintings since the 1970’s, Tam Joseph has – for this year’s Edinburgh Art Festival - sited The Hand Made Map Of The World on the Meadows, drawn to the wider historical associations of this green space which in 1886 hosted the International Exhibition of Art, Industry and Science, one in a succession of ‘world fairs’ to be staged throughout Victorian Britain. Transforming and subverting the ‘World Political Map’, Joseph playfully renames familiar landmasses to lay bare the destructive quest for territorial control which has dominated geopolitics over the centuries, and critique the supposed ideological neutrality of maps. In the artist’s own words – as if answering every quizzical look from intrigued passers by - ‘It’s All in the Mind’. 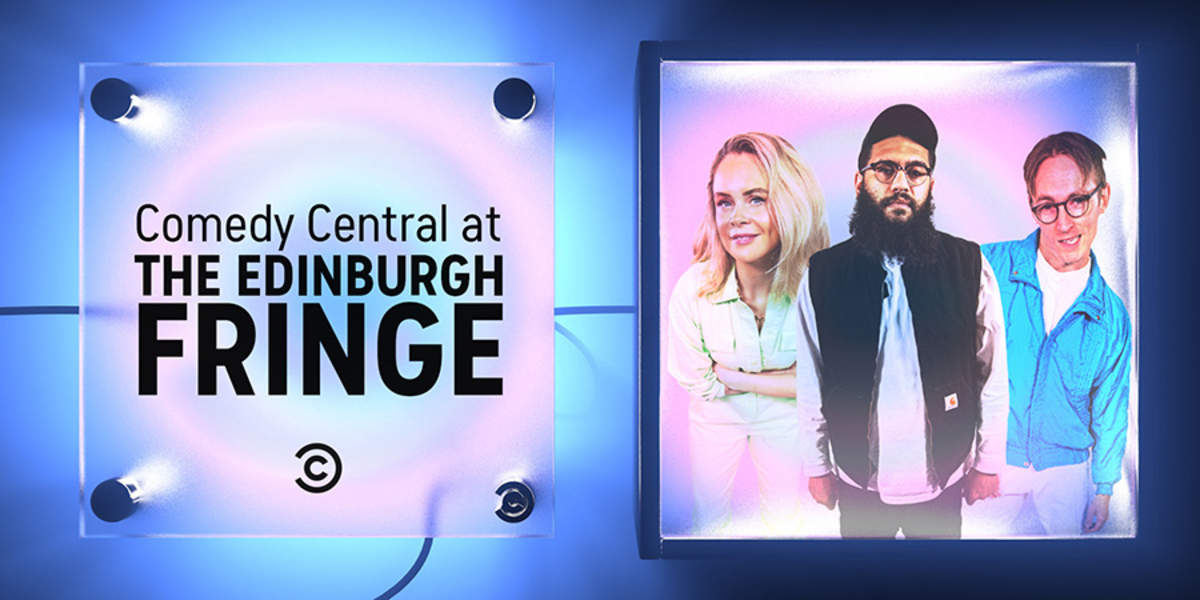 This week saw the start of Comedy Central At The Edinburgh Fringe, a series of virtual shows broadcast on Comedy Central’s Facebook, YouTube and Instagram channels. The 10 part-series, which will comprise of 7 minute episodes, has been made in conjunction with the Edinburgh Festival Fringe Society, and features stand-up routines from ten rising comedians all overseen by host Jamali Maddix. The episodes have been pre-taped to a live virtual audience of individuals and households hand-picked from the Fringe community and beyond, meaning the comedians will perform to real-time laughs. A donate feature appears alongside the episodes, with all proceeds going to support artists impacted by the global pandemic. Highlights from the digital series will also air in a 22-minute special on Comedy Central at the end of August. 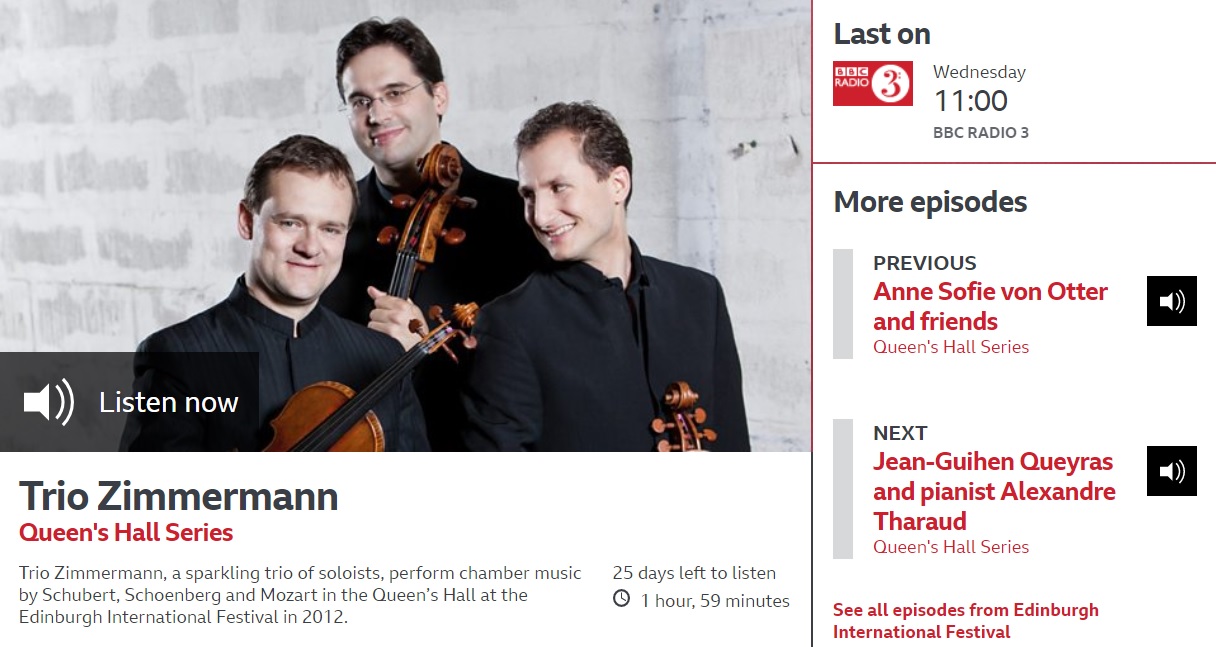 Every year, EIF’s Queen’s Hall Series brings together extraordinary chamber concerts from world-leading artists. Obviously these performances cannot happen this year but the Festival has teamed up with BBC Radio 3, as part of BBC Arts ’Culture in Quarantine’, to identify 15 concerts from the archives to broadcast at 11am each day. And this week brought us one of the highlights of not just the last decade but any decade – the August 2012 performance by the Trio Zimmermann. Commenting at the time Guardian critic Tim Ashley said: ‘It would be hard to imagine the piece [Schoenberg's Trio] being better done or to find its emotional world explored with more remorseless exactitude’ and ‘the Zimmermanns played it [Mozart’s Divertimento] as if it were the easiest thing in the world’.

Continuing its plan to fill the Tattoo shaped hole in our midst by showing past performances of the Royal Edinburgh Military Tattoo, this week the BBC broadcast 2017’s A Splash of Tartan. The show looked to ignite renewed interest in Scotland’s national fabric while at the same time reached out to everyone with a link to Scotland: those that live in Scotland, those with a family connection, those visiting and those simply with an interest. Everyone who attended the 2017 Tattoo - whether they have a clan connection or not - was invited to dress the part; a rich mixture of tartan clothes, headgear and accoutrements of all forms. And the video above gives you an insight from our dancers that year of the colour and the pageantry in 2017. 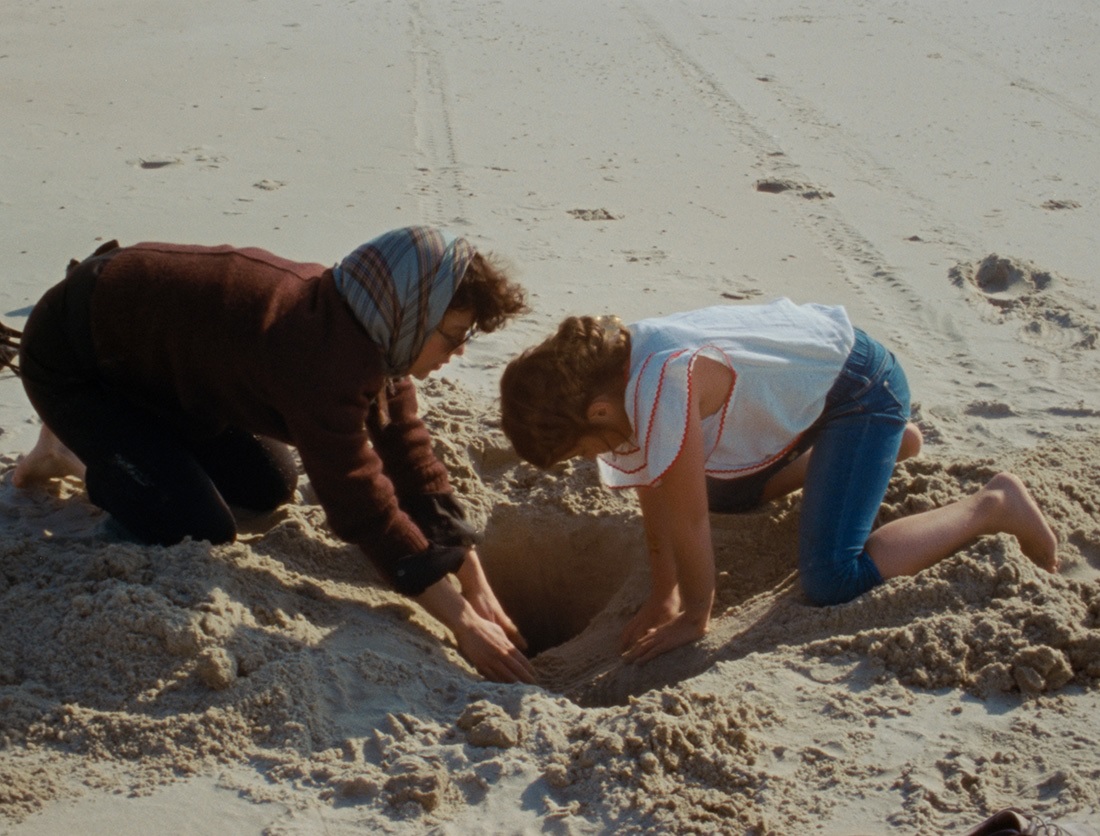 Turner Prize shortlisted Rosalind Nashashibi shares an online presentation of her two-part film commissioned for the 2019 Edinburgh Art Festival. In advance of making the film Nashashibi consulted the I Ching, or Book of Changes, a Chinese classical text used for divination and took inspiration from The Shobies’ Story by Ursula K Le Guin about a group of space travellers who travel at light speed but, in doing so, lose the linear nature of life and their ability to communicate. Overlaid with footage from a holiday she spent with her children and some friends in Lithuania, the work reflects on the importance of community and communication – and as such takes on an even greater resonance in our current closed down and closed off world. [image courtesy of the artist] 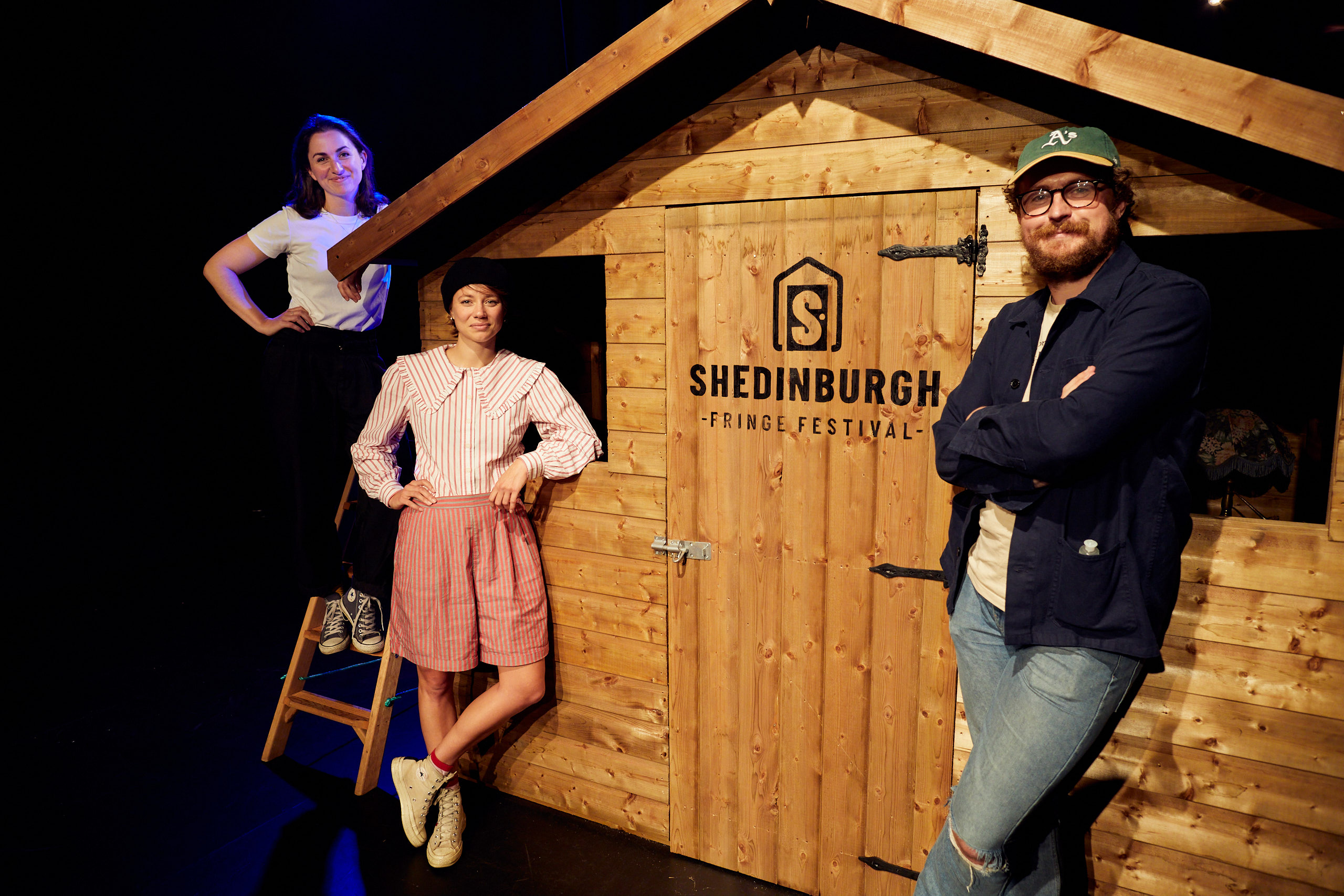 Amongst the many responses to the cancellation of the Fringe, one has generated most international interest this week - Shedinburgh. Maybe the interest comes from the idea [put on your show in a shed] or the people behind the concept [including theatre star Gary McNair and Fleabag producer Francesca Moody] or the corny pun in the title – or maybe its because, as the New York Times put it, ‘setting up the sheds inside is a nod to the questing spirit of the Fringe’. One shed has been erected at Edinburgh’s Traverse Theatre, another is at Soho Theatre in London and some acts perform in their own garden sheds for the festival. Events are ticketed on a “pay what you can” system, with daily live-streams on Zoom, and proceeds go into a fund called, wait for it, A Shed Load of Future to support new artists to bring their work to the Fringe in 2021.

Following the success of her lockdown project Makar to Makar, beloved poet Jackie Kay joined us for a celebration of the boundless (and borderless) power of poetry. In this very special Book Festival event, the Scots Makar was joined by US Poet Laureate Joy Harjo, the first Native American to hold the position, for a poignant reflection on what it means to be the artistic voice of a nation. Warmth and wit as well as political and emotional gut-punches were the order of the day, in an evening of winding tales and terrific poetry topped off with glorious songs from Scotland’s own Suzanne Bonnar. This event is part of The Power of Poetry theme which also includes First Nations poet Billy-Ray Belcourt, Mojave American and Latinx poet Natalie Diaz, and London’s Mary Jean Chan.

This week saw the online opening of the Edinburgh International Culture Summit, a biennial ministerial forum established in 2012 by the Edinburgh International Festival in a unique partnership with the British Council, Scottish Parliament and the Scottish & UK Governments. The Summit brings together Culture Ministers, artists, thinkers and arts leaders from around the world to share ideas, expertise and best practice, with a view to inspiring positive change in cultural policy and investment. The Summit seeks to emphasise the importance of artistic exchange in a world that is increasingly complex and multi-lateral, and this year a fantastic range of international contributors bring their voice and expertise to three areas of discussion – Culture and Education, Culture and Social Cohesion and Culture in Vibrant Communities.