August 2020: Ten moments from Week One 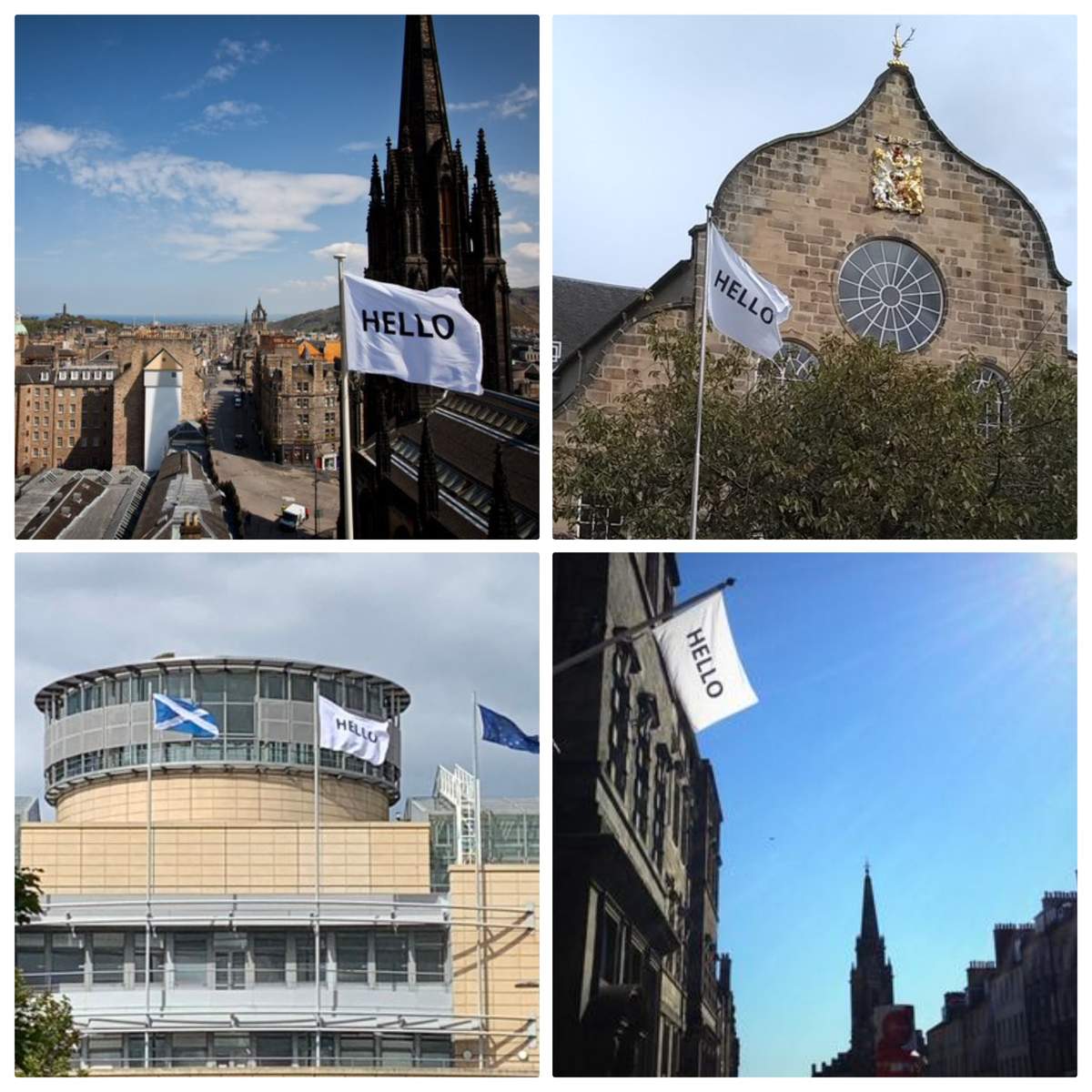 Walking through Edinburgh in the first week of August, we’re struck by the fluttering flags flying from rooftops across the city - on libraries, hotels, galleries, museums, consulates, government buildings, schools and community parks – with the simple inscription HELLO printed across a clear white background. The flags are the brainchild of artist Peter Liversridge who felt that as we emerge from an extended period of isolation, and look to find new ways to be together, organisations and communities across Edinburgh should send a collective greeting to each other and the wider world – knowing that a white flag is internationally recognised as one of truce and possible reconciliation. 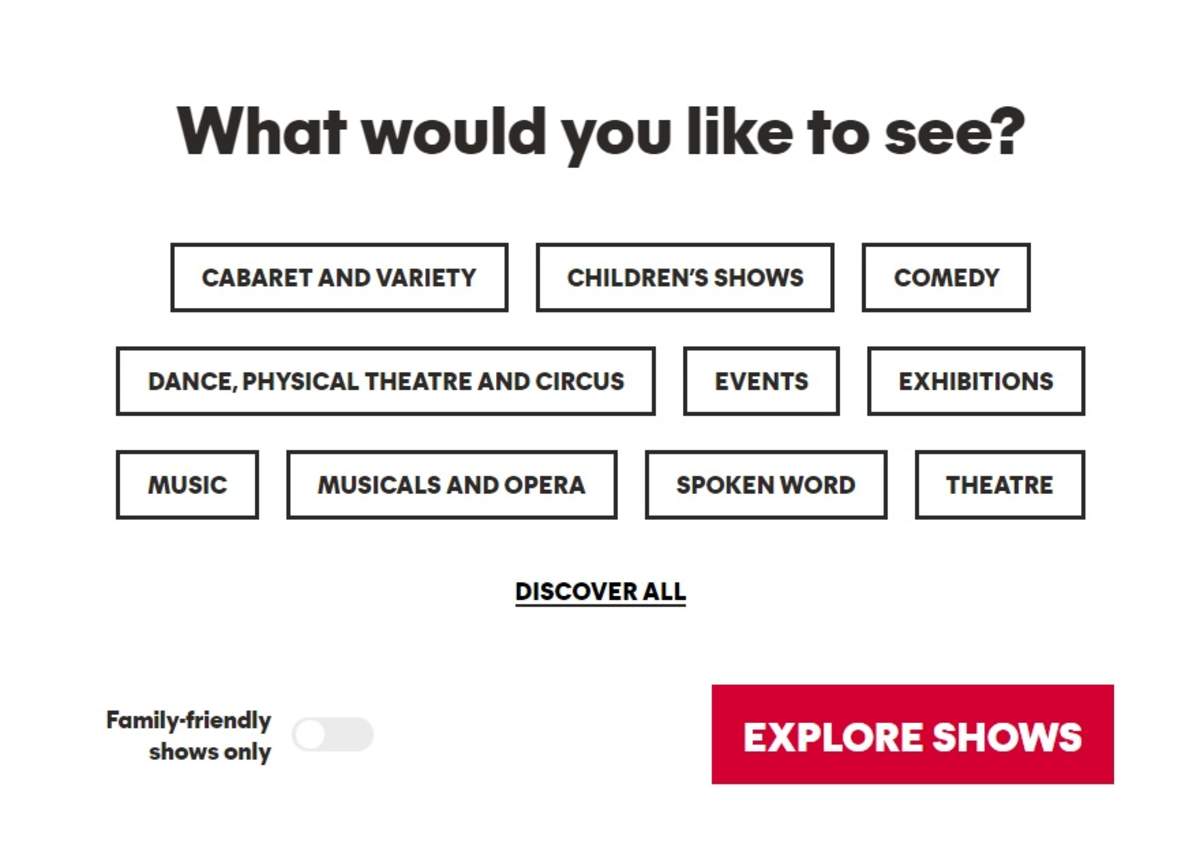 Missing the slightly anarchic nature of the Fringe has been made easier with the creation of the online Pick n Mix programme launched this week. Seasoned professionals or those just fancying 60 seconds of Fringe fame, are invited to #MakeYourFringe from their homes. Then the audience can either take a chance and press the button for random picks from the 60-second shows submitted – or mix it up by joining the stream of 24-7 Fringe entertainment watched by Fringe fans around the world, all commenting in the live chat. As one of the viewers commented: ‘This is like having a month in Edinburgh downloaded into my brain.’

4. My Light Shines On 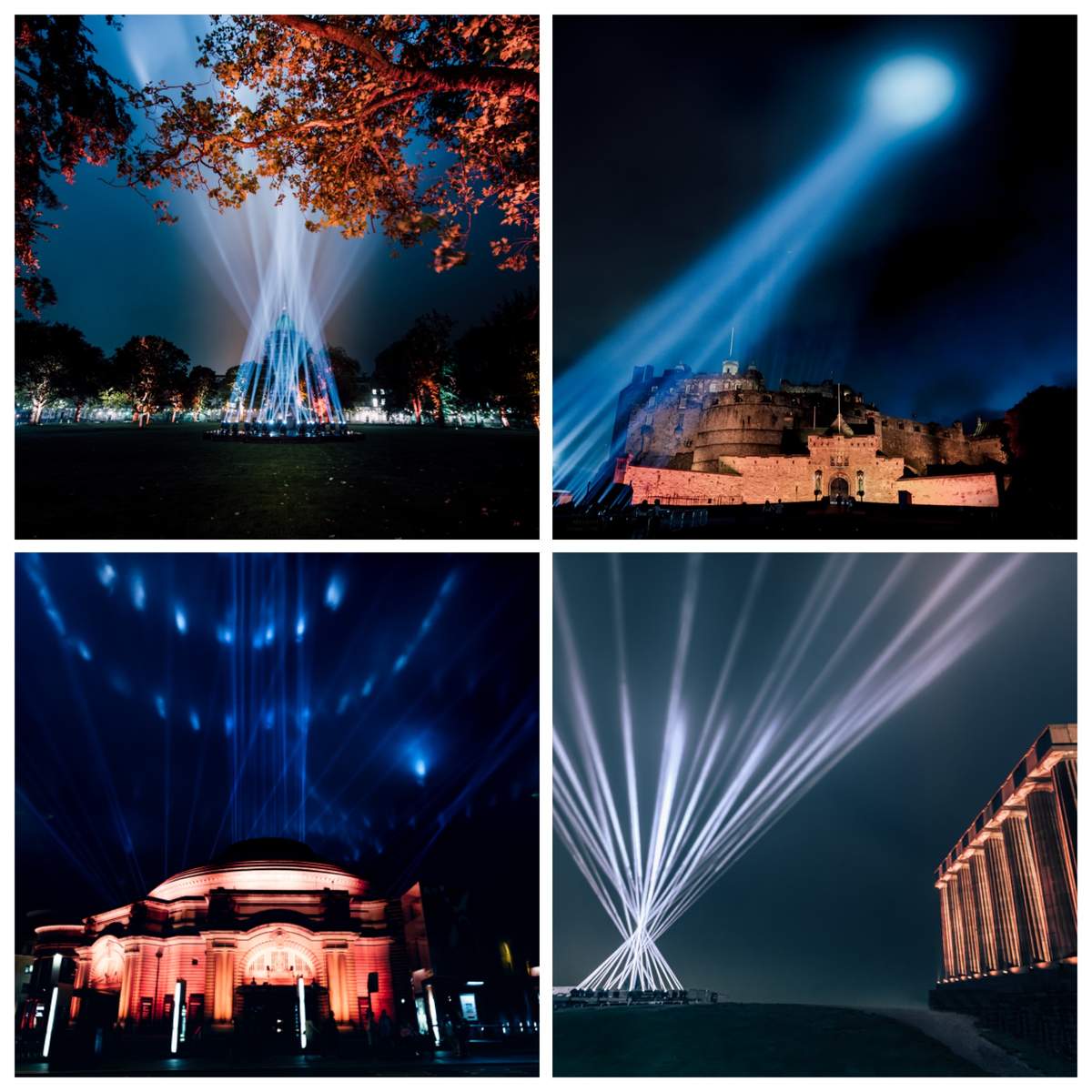 During the first weekend beacons of light were visible each night from vantage points across the capital in a dazzling display created by Scottish lighting designers Kate Bonney and Simon Hayes, the duo behind Pitlochry’s Enchanted Forest and the Electric Glen in East Renfrewshire. The inspiration for this EIF commission was the tradition of the so-called ‘ghost light’ in which a light is left on in a theatre even when the venue is ‘dark’, as all theatres currently are. And on the Saturday night some of the empty theatres were also lit from within, to remind everyone of the people and artists who usually play key roles in our festival city. [image credit: Ryan Buchanan]

(TATTOO VIDEO) The Royal Edinburgh Military Tattoo paid homage to its incredible audiences, performers and staff on what would have been the show’s opening weekend with this specially created tribute which was released on their social channels. After 70 years, the Tattoo has grown from having a largely local audience of 100,000, to seating 220,000 – including international guests from over 100 countries – on the esplanade throughout August. This year was to have been their platinum edition and would have been a joint celebration, as it also marks the 70th birthday of the Patron of the Tattoo, HRH The Princess Royal. 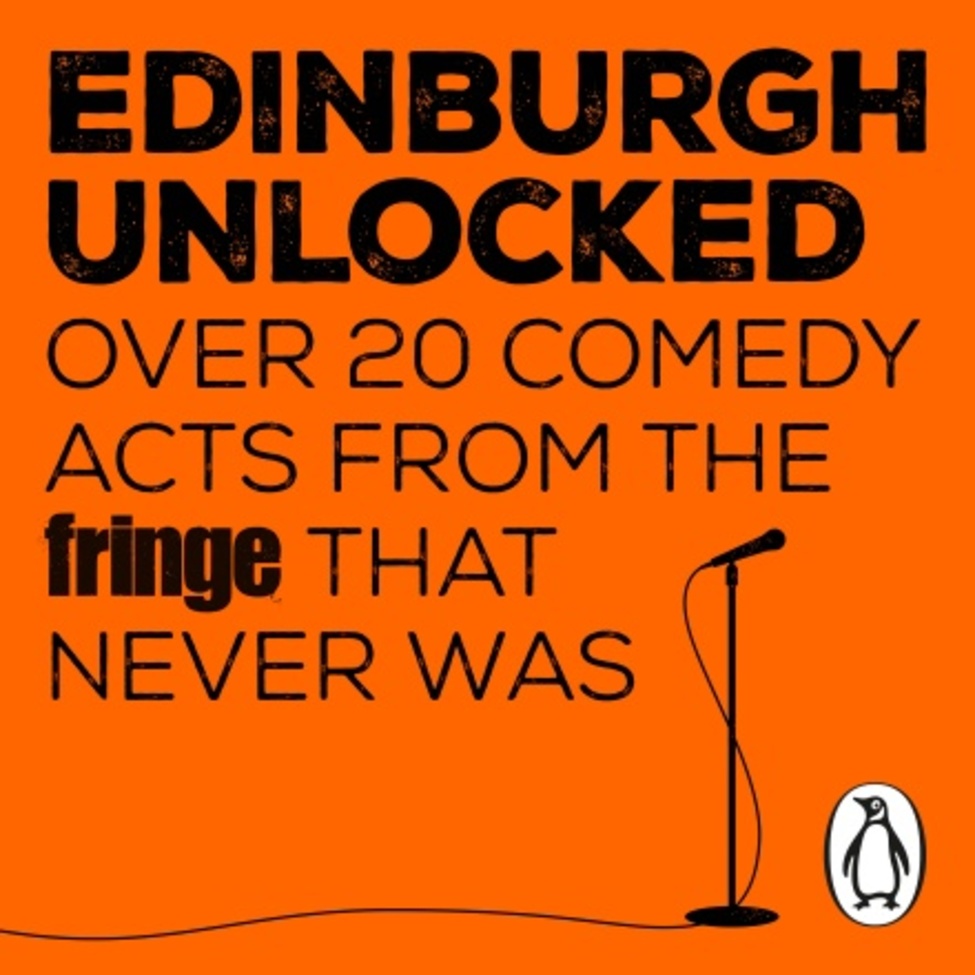 Penguin Random House Audio released Edinburgh Unlocked, 20 comedy acts from the Fringe that never was - a comedy festival in audiobook format, featuring names such as Jessie Cave, Sofie Hagen and Dane Baptiste. The recording aims to capture what makes the Edinburgh Fringe so successful, including stand-up, sketch, character, musical comedy, cabaret and storytelling. The line-up features emerging talent such as Glamrou, Mo Omar, and SHELF. We were particularly taken by Secret Dinosaur Cult podcast host Sofie Hagen lifting the lid on her Westlife fan fiction days, Jordan Brookes’ disastrous guided meditation session and Ivo Graham tucking into his version of King Lear during the lockdown. 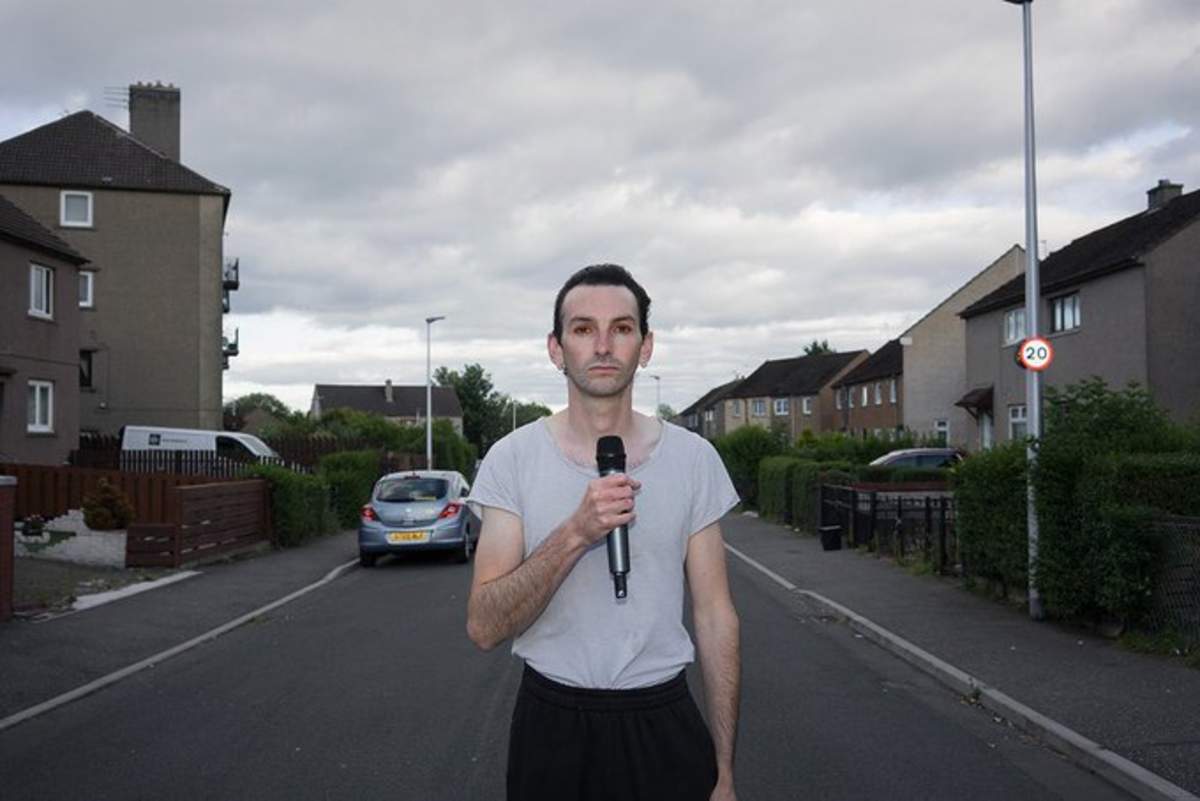 Part of the Edinburgh Art Festival’s 10 commissions, Calvin Z. Laing revisited the neighbourhood of his childhood in the suburbs of Edinburgh to present a new online performance Calvin & Jogging, filmed by Jen Martin. Laing performed live from the suburb of Drylaw, built in the 1950s on land surrounding the historic mansion of Drylaw House, and one of a several new suburbs to be built in Edinburgh in the post-war period. Humorously unpicking the tropes of news reportage and documentary, Laing explored the emotional complexities of lockdown, which has for many resulted in a return to the family home and/or associated memories, as well as the chance to take up new pursuits (which we might long ago have realised were not for us).

Catalyst As a part of My Light Shines On, EIF celebrated their long-standing relationship with Scottish Ballet with an expansive programme for film, including three duets from world-leading choreographers and the world premiere of Catalyst, a specially commissioned work performed on the Festival Theatre’s empty stage in a gesture of creative resilience, bringing light and life to festival sites that must stay empty this year. As Kelly Apter in the Scotsman said: ‘….few things will capture the arts in 2020 like Catalyst. In five short minutes, Scottish Ballet reminds us what we’ve lost – and I suspect I’m not the only dance-loving theatre-goer that had to wipe away a tear.’ 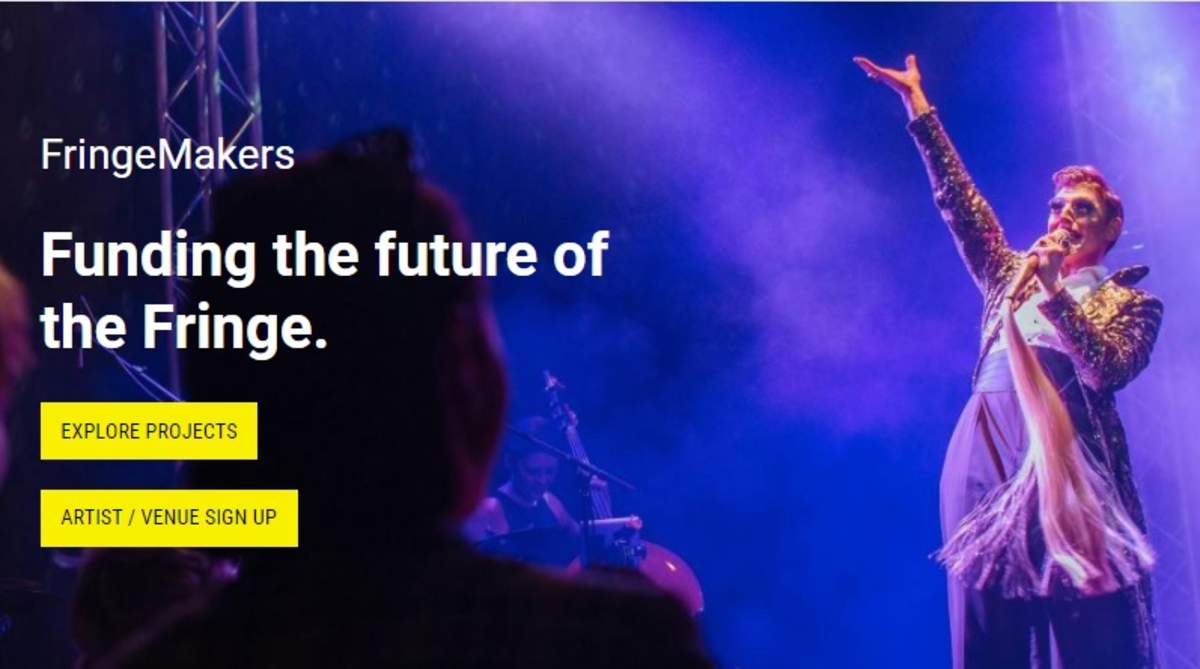 Not as visible as the events generating media and public profile, but just as important, is the work going on behind the scenes to support the people and companies at the centre of the live events sector which will probably be the last out of lockdown. One notable example this week was the Edinburgh Festival Fringe Society teaming up with Crowdfunder to create FringeMakers – a platform where Fringe artists and venues at all stages of their Fringe journey, from first time Fringe performers to the long-established venue ,can raise vital funds to support them through the festival season and beyond.

10. Faces of the Festivals

The cancellation of the summer festivals as they were originally planned in 2020 had a substantial impact, not only on artists and performers, but on every aspect of Edinburgh life. It is a void felt by many in the festival community, amongst the city’s residents and businesses and by international guests across the world. Yet it has been uplifting to see so many acts of solidarity and kindness, as festivals and artists work together to find creative ways to bring audiences the culture they need safely. The spirit of community has been kept alive by the people who make up the festival city. Faces of Edinburgh Festivals shares the previously untold stories of the countless individuals who work tirelessly to make the festivals happen, from local business owners to technical crew, designers, waiters, taxi drivers, hotel staff and city residents.