So what will be happening in August this year?

Cancelling the August festivals as originally planned was a difficult decision back in April but the right one. It was the cultural equivalent of cancelling the Olympic Games – with creatives from every corner of the globe losing the opportunity to appear, our audiences missing the chance to discover that world of talent, and businesses across Scotland facing the loss of hundreds of millions of pounds, affecting the livelihoods and jobs of thousands of local people.

August will be very different this year and although the festivals will not take place as planned they have developed a range of exciting programmes both online and offline, in the virtual world and the real world – with the latter observing all government guidelines regarding the current restrictions on public gatherings. So let’s take a look at what you can expect across our Festivals in August 2020. 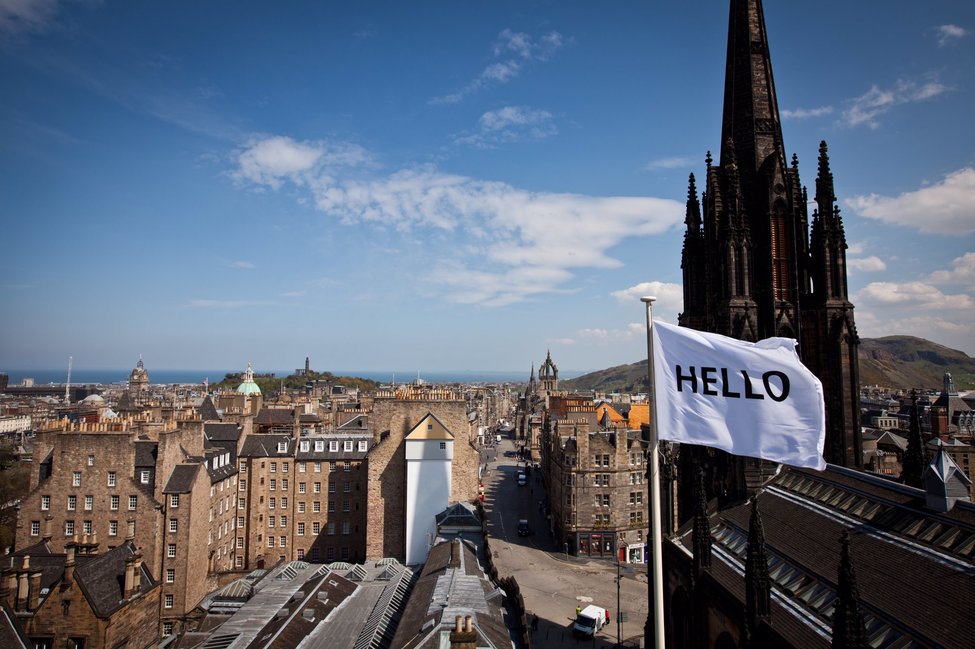 Edinburgh Art Festival has invited ten artists from previous festival editions, to mark the dates of what would have been the 2020 festival (30 July – 30 August). Ruth Ewan; Ellie Harrison; Tam Joseph; Calvin Z Laing; Peter Liversidge; Tamara MacArthur; Rosalind Nashashibi; Rae-Yen Song; Shannon Te Ao; and Hanna Tuulikki will each present work as part of this August offering. Combining archival presentations chosen for their resonance in relation to the current context (local and global), alongside specially conceived responses, the selection includes online screenings and live performances, available via the festival website from the 30th July as well as a small number of projects appearing in public sites around the city. The selection is informed by and seeks to reflect on the profound personal and societal impacts of this global pandemic. Above all, the festival is guided by a desire to connect with artists and audiences, as we look forward with optimism to returning next year. A highlight of the programme will be Peter Liversidge’s revisiting of his 2013 festival commission Flags for Edinburgh which invites organisations and communities across Edinburgh to send a collective greeting to each other and the wider world; with HELLOs flying from rooftops across the city, including libraries, hotels, galleries, museums, consulates, schools and community parks. 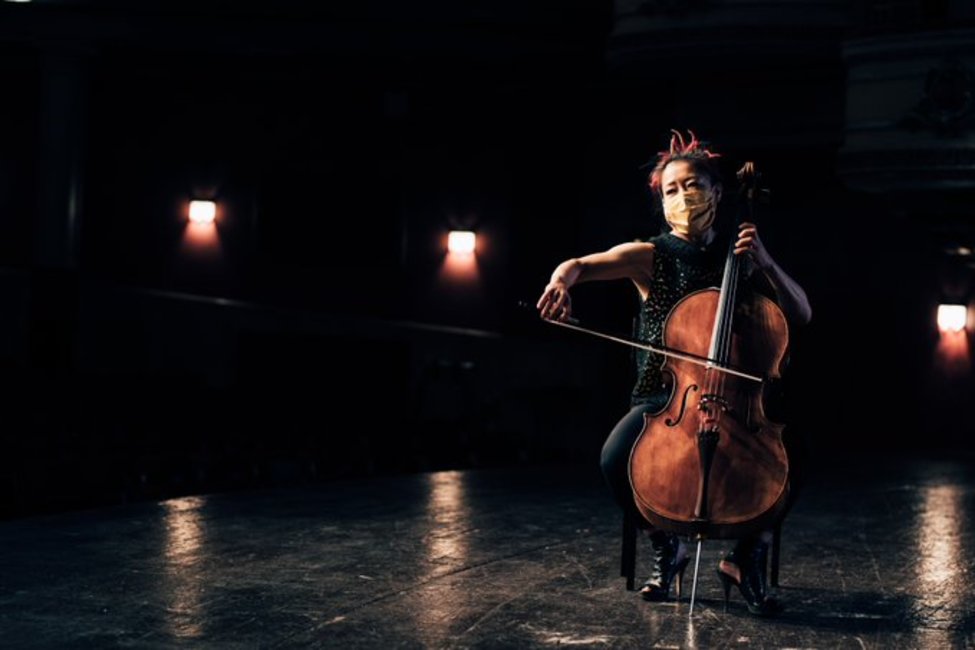 In 1991, Scottish rock band Primal Scream released Movin’ On Up, a euphoric hymn to the power of hope in difficult times. It’s central lyric ‘My light shines on’ is one of popular music’s most optimistic anthems – a gesture that seems more important now than ever before. This August My Light Shines On will a series of world-class artistic interventions celebrating a spark that still burns bright. On Saturday 8th August, what would have been the opening weekend of the 2020 festival season is celebrated. A specially commissioned film celebrating the city’s festivals and featuring new work from artists across genres airs on our YouTube channel, Facebook Live and BBC Scotland at 9.30pm [BST]. Following the broadcast beacons of light visible across the city will mark out famous festival venues and settings, repeated on both 9th and 10th August. Scottish lighting designers Kate Bonney and Simon Hayes were inspired by the tradition of ghost lights, a single light that is always left illuminated in theatres, and in 2020 this tradition is honoured on a grand scale, with a hopeful reminder of what is still to come. Further activity during August will see a series of newly recorded video performances from leading artists, viewable on the Festival’s YouTube channel, while visitors to the city’s Princes Street Gardens will be treated to Chamber Music Soundscapes [10 to 28 August] relayed to speakers scattered across the Gardens, livening up lunchtime for listeners, and BBC Radio 3 will broadcast a selection of archive concerts from our Queen's Hall Series [10 to 28 August] and Usher Hall Series [15 to 19 August] for audiences to enjoy at home. 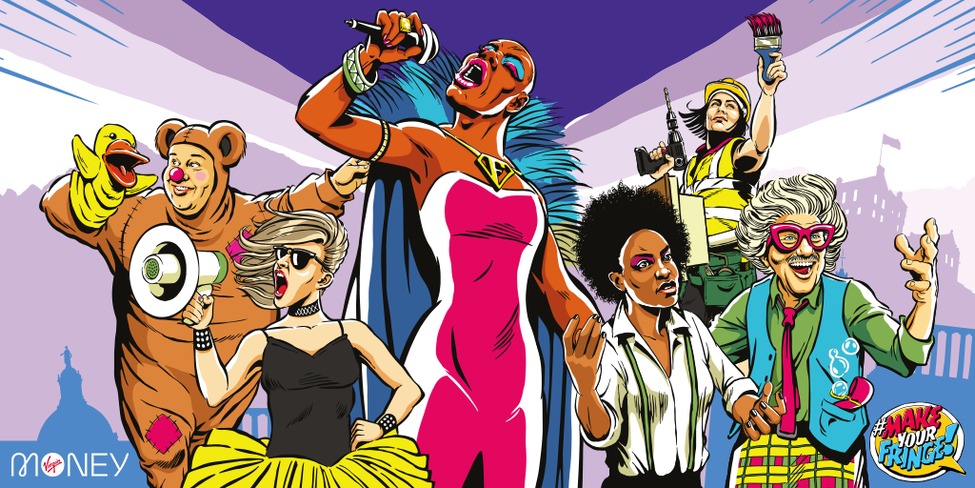 This year the Fringe Society will be running a series of digital activities, including virtual shows, a festival-wide crowdfunding campaign, artist-facing workshops, a new online arts industry platform and a virtual Fringe Central, so there are still plenty of ways to #MakeYourFringe in 2020. Included in the programme are: 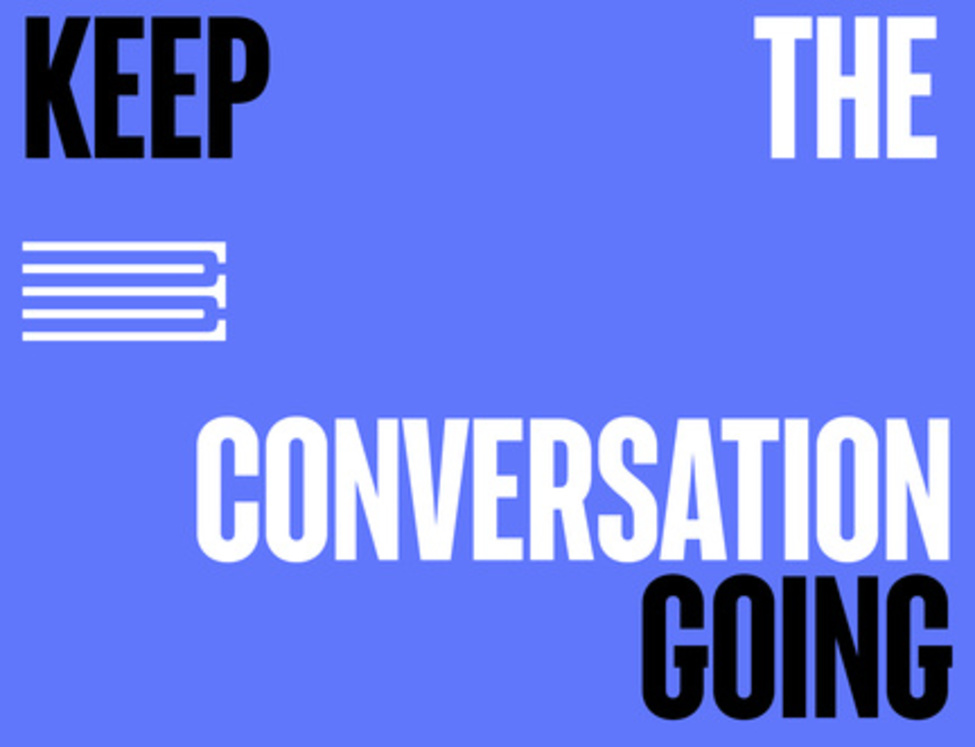 The tented village in Charlotte Square Gardens will be replaced this year with a special online Festival, inviting authors and audiences from around the world to Keep the Conversation Going. Through the magic of technology, they’ll be crossing continents and time zones to beam over 140 online events from more than 30 countries straight into your home – all free to access and available on the Festival website. Highlights include double Booker Prize Winner Hilary Mantel discussing the final novel in her trilogy on Thomas Cromwell, Executive Vice President of the European Commission, Frans Timmermans, examining the European Green Deal with former British PM Gordon Brown, Arundhati Roy reflecting on the implications of the global pandemic, Booker Prize Winner Bernardine Evaristo joining Scotland’s First Minister Nicola Sturgeon, Turkish author Elif Shafak launching her new polemic How to Stay Sane in an Age of Division, the irrepressible Irish author Marian Keyes bringing her latest bestseller Grown Ups and the appearances of Japan’s prestigious Mieko Kawakami with her first novel translated into English. And the Festival hasn’t forgotten its younger audiences. A range of events for young adults will include Juno Dawson with her radical retelling of Alice in Wonderland and global bestseller Cassandra Clare, while the Baillie Gifford Children’s Programme includes Julia Donaldson, Children’s Laureate Cressida Cowell, sensory storyteller Ailie Finlay, Michael Morpurgo and Polly Dunbar, Sharna Jackson and Philip Ardagh. Innovative features across the Festival include audience chat rooms, Q&A sessions, a new online Festival bookshop and opportunities for audiences to meet the author face-to-face and have their book signed. 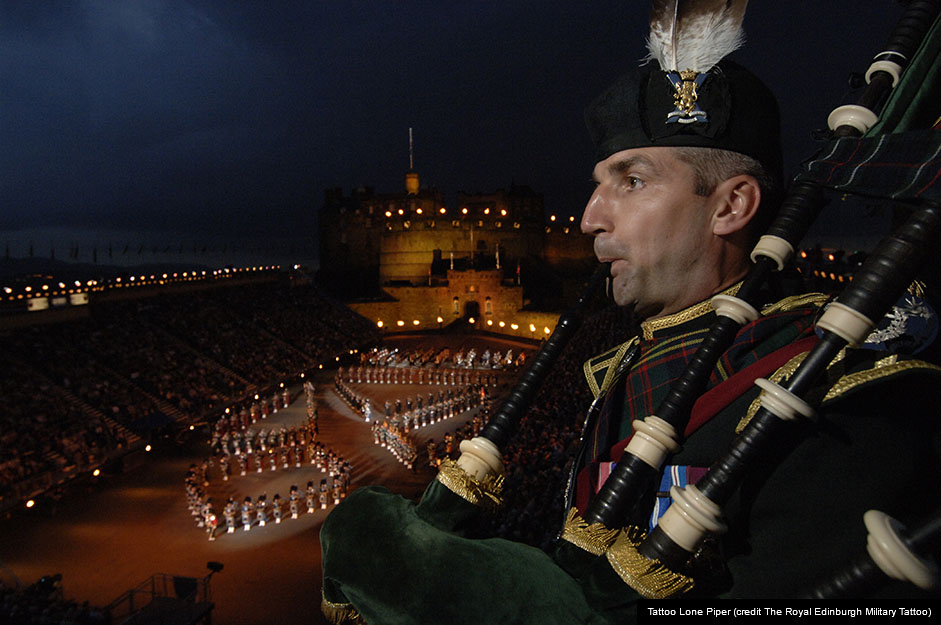 The Edinburgh skyline looks quite different in 2020 with the glaring absence of the famous Royal Edinburgh Military Tattoo stands gracing the Esplanade of Edinburgh Castle. The Tattoo marked what would have been the opening weekend with a touching tribute to their audience, cast, and staff, with a short video featuring former Senior Drum Major Michael Hay. Three previous shows will be shown on the BBC over the month of August [dates to be confirmed] and the Tattoo has developed a range of “At Home” experiences to recreate the magic of the spectacle from your own sofa. You can also experience their Cannonball Hospitality package as a Dine at Home experience via Edinburgh’s much-loved Italian Restaurateur, Contini. Celebrating its 70th anniversary this year, the Tattoo has a wealth of archive images and video and will be featuring the very best of their past across their social media channels over August - Twitter, Facebook and Instagram. They will also introduce you to some of the performers, staff, and supporters who bring the Tattoo together each year. On what would have been the closing night of their Platinum Edition Show - 29th August - The Tattoo are also planning an special secret production. Details are being kept under lock and key for now, but will be revealed on their social channels. 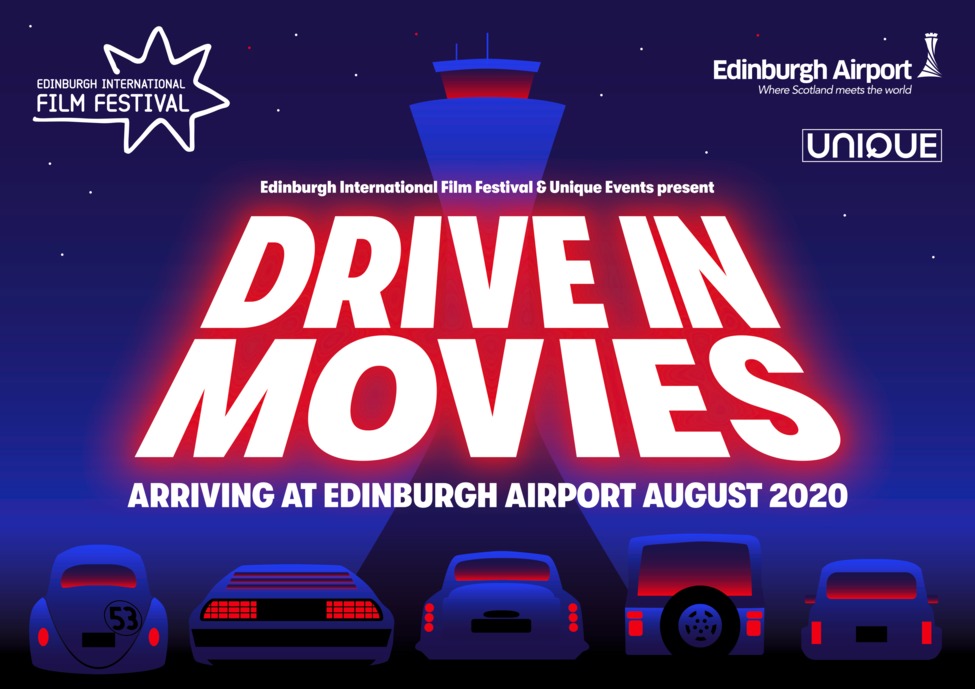 Turn on your engines and fasten your seatbelts - it's time for Drive In Movies! With a bumper selection of films to choose from, get ready for a wild ride. Edinburgh International Film Festival and Unique Events, the team behind the capital's successful 'Film Fest in the City' outdoor cinema events, have teamed up with Edinburgh Airport to produce a monthly event for cinema fans starting on 27th to 30th August. The film loaded weekends will see up to four screenings a day starting with a Kids Club at 10am, Family Favourites in the afternoon, an evening Blockbuster and late-night screenings of Cult Classics. The films for the opening weekend at the end of August is as follows:

Audiences will be able to arrive up to 1 hour prior to the film’s start, to take part in a car disco with a playlist relating to the screening, along with an interactive on-screen quiz with spot prizes. Food and snacks will be available to purchase from a selection of local food suppliers who will have stalls on site. The soundtrack to each event will be transmitted directly to your car stereo or personal radio using an FM Frequency. You control the volume, and can then sit back, relax and let us take you away from it all through some classic movies.