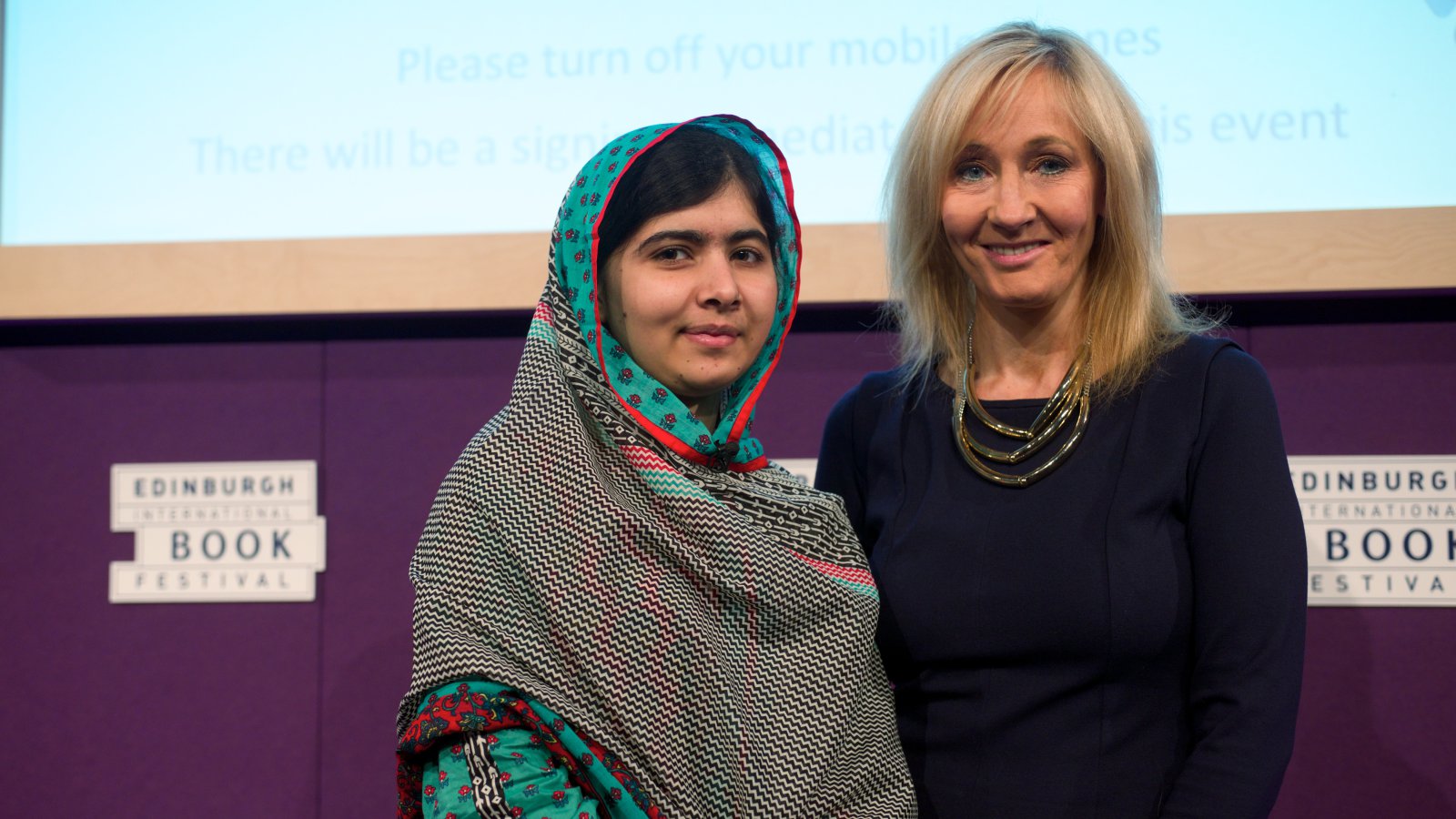 One of the strengths of the Edinburgh International Book Festival is how it brings together audiences and authors - sometimes in unexpected ways.

As the largest event of its kind in the world, the Book Festival thrives on creating fascinating combinations of writers and thinkers such as in August 2014, when JK Rowling appeared unannounced to introduce inspirational teenage activist Malala Yousafzai.

"Malala is an inspiration to girls and women all over the world," JK Rowling said, adding that it was "a real honour" to introduce her to the teenage crowds. Malala was delivering a talk about her second book, Malala: The Girl who Stood Up for Education and Changed the World, an account of her battle to promote universal education after surviving being shot by the Taliban in 2012 while on the way to school.

"If we want to see the next big change [of every child going to school] we need to become the change ourselves and bring the change," she said during her closing statements to the 600-strong crowd. With an audience of almost 600 delighted schoolchildren in attendance it was a perfect illustration of the Book Festival's special talent for bringing people together to create moments of sheer magic.