Don't just see theatre, experience it at the International Festival

If you're anything like me then the words 'audience participation' will likely have you shrinking into your seat or playing it safe in the back rows. But much like travel trends are changing towards people wanting to experience a country and not just see it, I think the same can be said of theatre and the arts.

I'm not talking those cringe-worthy moments when you get embarrassed by a comedian in front of a packed out room, I'm talking about genuinely feeling the performance in front and around you. We live in a visual world now, mainly in 2D, where social media and streaming bombard us with entertainment, and as creative directors and producers look at new ways to keep performing arts fresh, new types of theatre are wowing crowds around the world.

From the handful of shows I've seen at this year's Edinburgh International Festival, the experience is undoubtedly what had me drawn in. 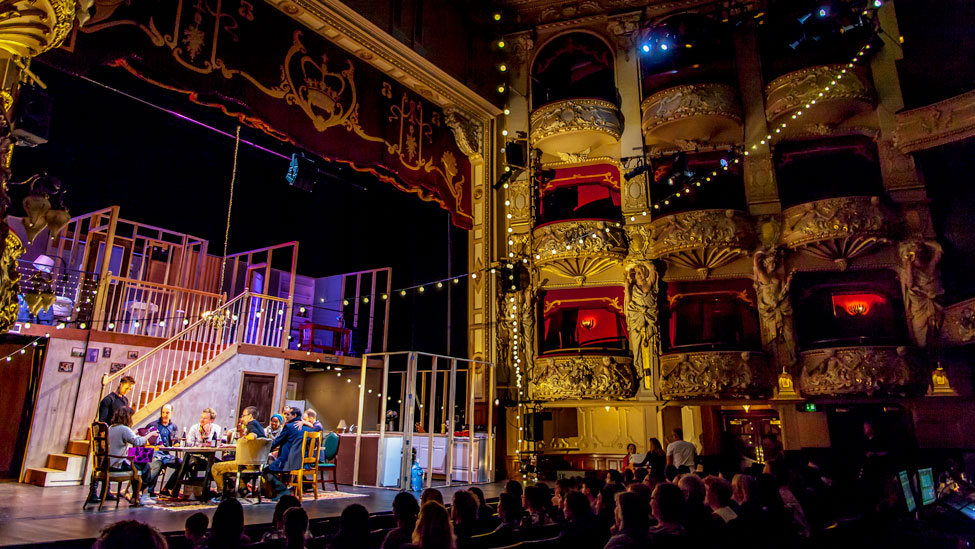 Home at the Kings Theatre

What’s nice is bringing the four actors and three band members out into the audience and really using the different areas of the space. We're up ladders, running around, walking through people and placing tables right in front of you. This is fast-paced theatre that breaks the fourth wall and directs a lot of the lines of the show to you in the audience

So says Sarah Higgins, who plays Helena in Midsummer, playing at the International Festival's home, The Hub, this year.

And it's so true, when you walk into Midsummer, with fake grass all over and cushions amongst the chairs to sit on, you feel like you're walking into a pristine wedding. By the end of the show, as I left through the set of knocked over wine glasses, discarded flowers and a confetti-soaked floor, I didn't feel like I'd just gone to see a play about a love story, I felt like I had been their friend sharing a park bench with the characters while they got together.

Midsummer at The Hub, the set before and after

Midsummer is a play with songs, not a musical. The talented band supports the four actors on stage through supporting roles and excellent music, and words occasionally turn to singing in this show that's challenging theatre stereotypes.

Down the road at the King's Theatre, the production of Home by Geoff Sobelle was equally as involved and mesmerising. This genius production is awash with illusions, talent and audience involvement as you see a literal two-storey home being built in front of you.

Throughout the show, with spoken words kept to a minimum, you learn the stories of the various residents who have lived in this home told. The sheer production value as different people spring out of beds and showers to highlight the various stages of the home's life is captivating.

As part of the show a significant portion of the audience is brought onstage to share wine and memories and to celebrate the house. This is done with such fine tuning, as precision instructions are carefully passed around, written on plates or gently whispered, as to have you almost convinced the participants are actually cast members placed in the audience. 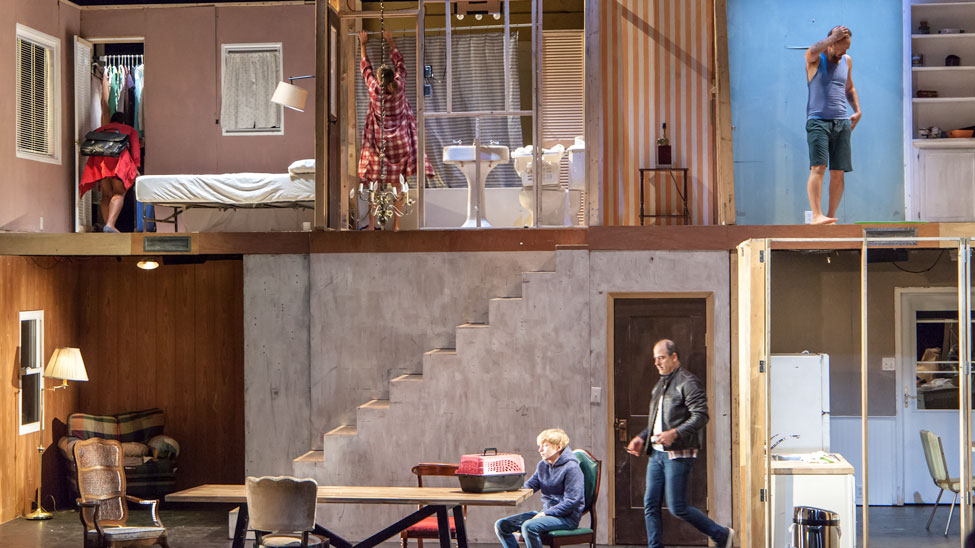 Home at the King's Theatre

As with Midsummer, I walked away from Home with tears and laughter, feeling like I had known for years, all those families that had called this building theirs. It takes a great sense of belief to pull off shows like this, where the experience moves you as much as the production, and these two plays highlight the incredible wealth of talent that the Edinburgh International Festival hosts each year.

I asked Midsummer's Sarah Higgins, why people should be looking to see more theatre in this style?

It’s the spectacle of it, at the International Festival there might be a name you recognise, and there is investment in the production. You can tell with the live band that there’s something extra. The location and buzz of being at The Hub also add to our performance. 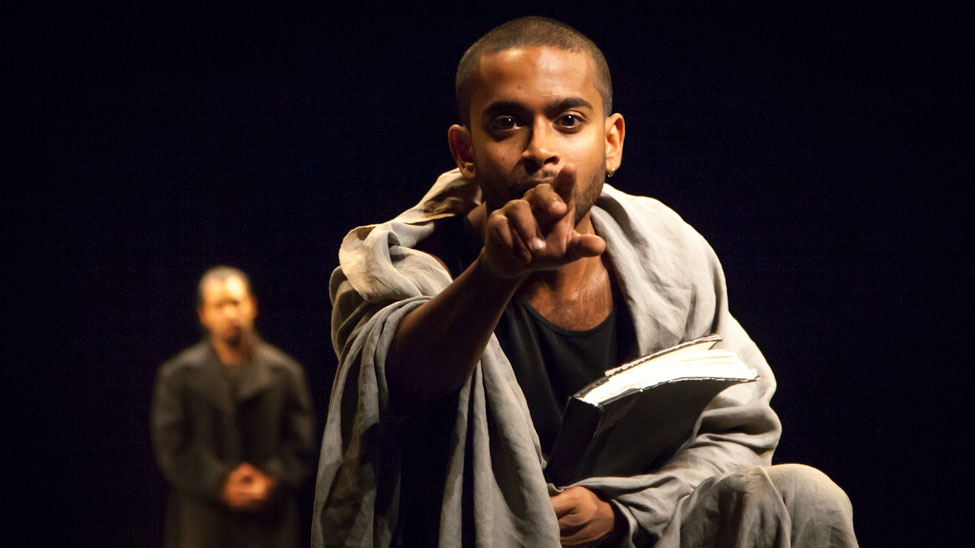 The Prisoner at The Lyceum

While for many people who visit Edinburgh during August a show is a show, anyone who knows the history of the festivals can tell you the Edinburgh International Festival was the original festival, with the Fringe growing alongside it to accommodate acts who also wanted to perform in Edinburgh.

With the Festival's programme carefully curated, there is a wealth of talent from around the world and in some of Edinburgh' largest venues, the sheer spectacle some of these shows offer makes them really shine.

Edinburgh is a city with some incredible venues, ranging from smaller theatres to large concert halls and each one offers astonishing architecture inside. 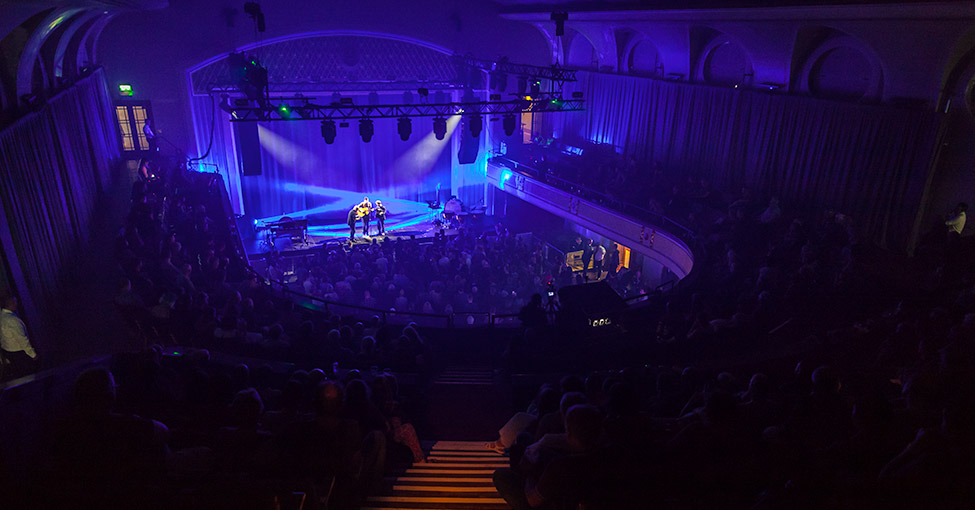 Leith Theatre back in full swing

Even Leith Theatre, which for many years stood in disrepair, has become a key venue in this year's International Festival programme, hosting a range of live music and other performances in the semi-restored, semi-preserved area.

Here you can feel the history of Leith and the relaxed vibe of walking between the bar, to dance floor, to balcony seating is amplified by the doors flung open to the courtyard and people sipping on beers in the summer sun.

It's another venue where you can experience the arts; you're not just there to see them. 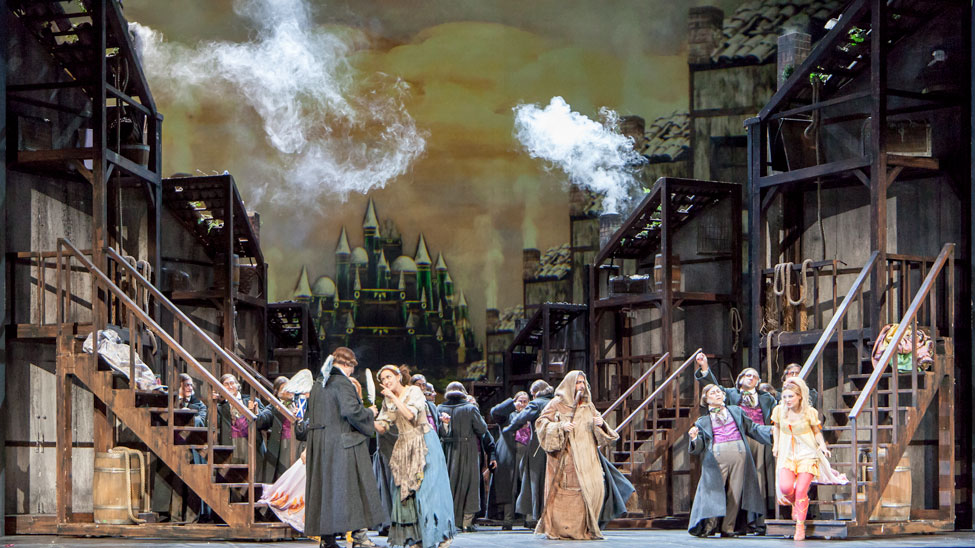 La Cenerentola at The Festival Theatre

The Edinburgh International Festival programme is truly outstanding in its diversity and as well as the more contemporary shows I've had a chance to see, traditional pieces such as The Prisoner at The Lyceum and La Cenerentola by Opera de Lyon were equally outstanding.

In the latter, director Stefan Herheim has evolved the Opera performance of Cinderella to another level. With lines to the audience, a walkway around the pit and a comedic undertone that sometimes Opera can miss, it's an excellent example of how even more classical performance forms are finding ways to interact with the audience. At one part of the show, Stefan is pulled onto the main stage himself, each of these small acts seems to make theatre more accessible to new audiences. 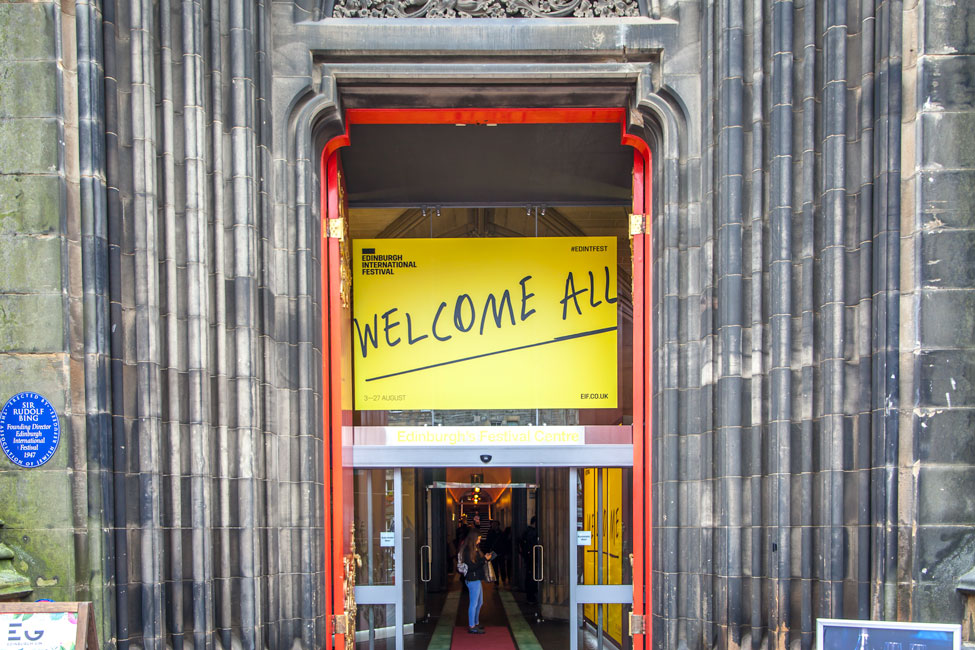 But even being an international festival, I found it delightful that Midsummer, the play set right here in Edinburgh, stays true to the setting of the festival. There were many local jokes thrown into the performance that an international audience may not have grasped, but as Sarah confirmed, it really doesn't impact the comedy of the play.

The energy of the audience will be different at points of the show depending on the references, but due to the layout of the set people are more relaxed, people have drinks out, and people know they need to move them when we come past. People are very relaxed about it, and that is odd for a theatre layout.

And that, for me, is what defines the Edinburgh International Festival, they seem always to be finding new ways to share theatre with their audiences and taking risks some other companies wouldn't dream of and that, at its very core, is what keeps creativity alive.