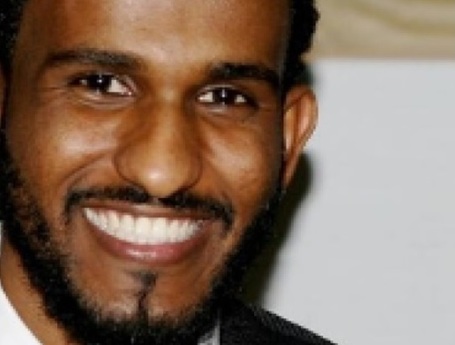 Mohamed 'Diini' Ahmed is the founder & director of the Mogadishu Book Fair in Mogadishu, Somalia. Mr. Ahmed has an undergrad in Islamic Studies from the Ohio State University and a graduate degree in International Relations from the University of Westminster in London, UK. His interests include advocating for increasing Somalia's literacy rates (only 39%), reading for pleasure platforms, reading resources & quality education as well as understanding contemporary social dilemmas through faith. 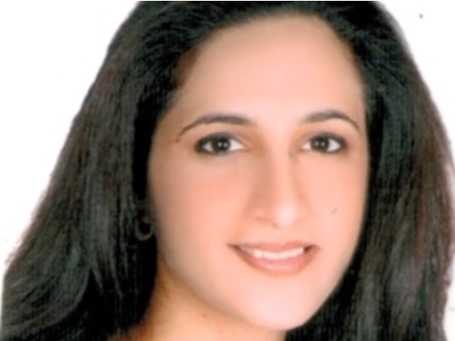 Haya Al-Sada is a cultural manager working in the fields of arts, culture and heritage with thirteen years of experience at the Bahrain Authority for Culture & Antiquities, the national cultural institution. Being part of the organization since its inception, she has wide experience in project creation, management, development and delivery of major public cultural and heritage initiatives and festivals. One of the major events in Bahrain’s cultural calendar is the Bahrain International Bookfair (BIBF) which is a biannual event that Haya has led since 2014. The Bookfair attracts over 120,000 visitors over an 11-day period which hosts over 350 publishers mainly from the Arab world as well as an engaging cultural events calendar. Haya is Chevening scholar and has a MA in Near & Middle Eastern Studies from the School of Oriental & African Studies, University of London and a Bachelors in Business Administration from Babson College in the United States. 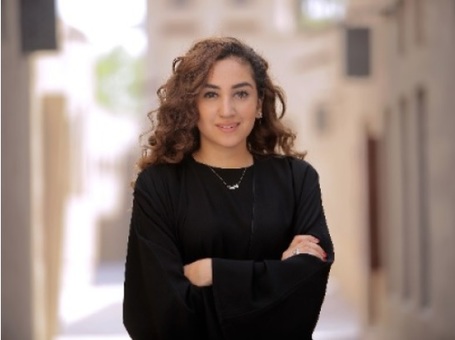 Ahlam Bolooki is the Director of the Emirates Festival of Literature - the Middle East’s largest celebration of the written and spoken word. With a mission of inspiring all, including non-readers, to read for pleasure, Ahlam is responsible for devising strategy and curating a diverse, inclusive and enlightening Festival programme. With appeal to audiences of all ages and backgrounds, the Festival attracts fresh ideas, forward thinking and promotes a more empathetic society. Ahlam is also the Managing Director of ELF Publishing, the Emirates Literature Foundation’s publishing house focusing on more regional narrative in literary fiction, as well as literature in translation, in both the English and Arabic languages. 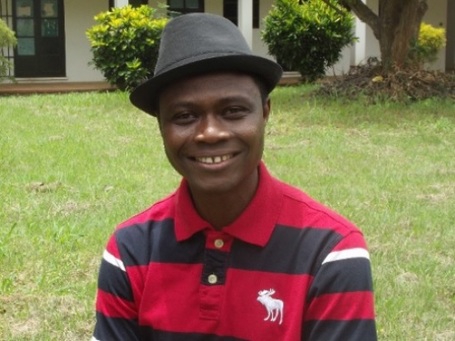 Martin Egblewogbe is a senior lecturer in Physics at the Department of Physics, University of Ghana. He is the author of the collection of short stories, The Waiting (lubin & kleyner, 2020) and Mr Happy and The Hammer of God and other Stories (Ayebia, 2012). His writing has appeared in a number of collections, such as The Gonjon Pin (2014 Caine Prize anthology), PEN America’s Passages Africa (2015), All The Good Things Around Us (Ayebia, 2016), Litro #162: Literary Highlife (2017), Between The Generations (2020), and Shimmering At Sunset (2021). Martin was the commissioning editor for the anthology Resilience: A Collection (2021), and also co-edited the anthology of short stories, The Sea Has Drowned the Fish (2018) as well as the anthologies of poetry Look where you have gone to sit (Woeli, 2010) and According to Sources (Woeli, 2015). He is a co-founder and a director of the Writers Project of Ghana, and was director of Pa Gya! A Literary Festival in Accra in the 2017 - 2021 editions. He also hosts the radio show, Writers Project on Citi FM. 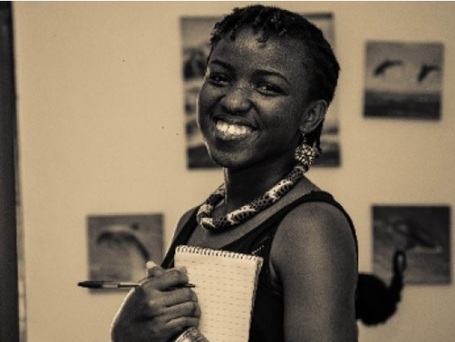 Racheal Kizza is the Project Coordinator at the African Writers Trust (AWT). As Project Coordinator, Racheal leads the planning, coordination, management and implementation of AWT’s projects. She is a digital publisher, creating content for online platforms including AWT`s social media channels: Facebook, Twitter, Instagram, and the website. Racheal is an avid reader and blogger and has for the past six years maintained an active, passion and lifestyle blog, where she regularly shares her insights on books that have inspired her. The blog has readers from diverse backgrounds and locations. Her blog won best lifestyle blog at the 2020 Afrobloggers awards. AfroBloggers is a community that supports and amplifies African digital storytellers. The holder of a BA degree in Humanities and Social Sciences from Makerere University, Uganda, Racheal is passionate about public speaking and regularly performs the emceeing role at various events including the AWT’s 4th edition of the Uganda International Writers Conference, which was headlined by distinguished Scottish poet and novelist, Jackie Kay, in May 2019. 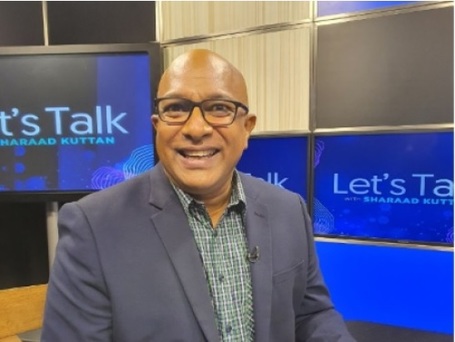 Sharaad Kuttan was born in Johor Bahru in 1966, educated in Singapore and settled in the Klang Valley for the last 25 years. He has worked in the media, human rights advocacy and teaching with a Master’s in Sociology from the National University of Singapore. Kuttan is currently a broadcast journalist and Senior Anchor with Astro Awani TV, and has spent much of his professional career in print and radio, notably BFM89.9. He is currently a member of the International Association of Art Critics and is the President of PEN Malaysia. Between 2019 and 2020, Sharaad was also the co-director of the George Town Lit Festival. 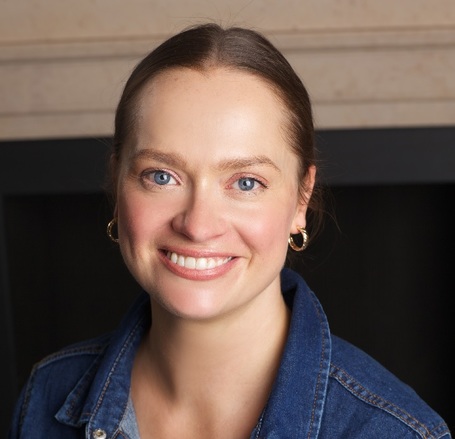 Aoife Murray is Programme and Events Manager at Children’s Books Ireland. She holds an MPhil in Popular Literature from Trinity College and has worked at Children’s Books Ireland since 2011, working in public relations previously. Children’s Books Ireland is the national charity and arts organisation that champions every child’s right to develop a love of reading. Aoife works across an array of activities and events aimed to engage young people with books, foster a greater understanding of the importance of books for young people and act as a core resource for those with an interest in books for children in Ireland. Aoife lives in Dublin with her husband and son. 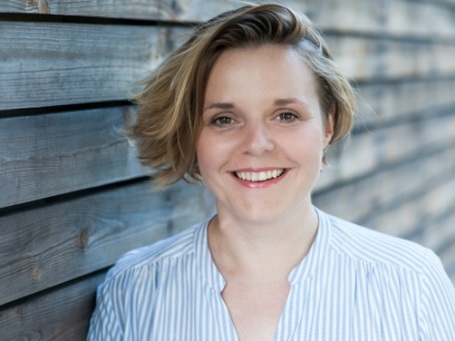 Since 2018, Paulina Wilk has been a staff member and arts editor at illustrated quarterly “Przekrój Magazine”, Poland’s oldest existing press outlet, now an NGO focused on sustainable living and protection of Earth. Paulina’s main focus is foreign reporting on climate change and its consequences to local communities, global development and future scenarios as well as international literature. Since 2012 she has written for “Polityka” Poland’s biggest weekly, where she reports on current developments in South-East Asia. Paulina is a co-founder and program director at Fundacja “Kultura nie boli”, a foundation set up in 2012 to develop and support literary education, promotion and innovation in literature. They organise over 200 events every year, and run the Big Book Café – a combo of literary scene, a bookstore and a vegan bistro in Warsaw, and Big Book Festival – an international festival of reading and arts whose main literary program welcomes both top league foreign guests and Polish authors for talks and discussions.

Momentum Home Page
site by tictoc
Back to top ↑